You are here: Home / careers / What Wong Taught Me About Showing Up, Grinding It Out, And Working Hard
Follow @FranchiseKing

Immediately after I came up with the title of this post about Wong, I did a search for the definition of “grinding it out.” I’m embarrassed to tell you that one of the things that appeared was the title of a book written by Ray Kroc. Yes, that Ray Kroc. The founder* of McDonald’s. My bad. I should have read that book a long time ago.

*Kroc was not really the founder of McDonald’s. The McDonald brothers were. Ray was the guy who turned the business into the franchise powerhouse it is today.

That said, I encourage you to grab the book. I’m going to.

Wong: Grinding It Out

“Luck is the dividend of sweat. The more you sweat, the luckier you get.”

What a great quote! However, this post isn’t about Ray Kroc. But it is about sweat. And about doing the work.

Listen to this short clip from Seth Godin (turn your speaker on).

So where am I going with this? And who’s Wong?

A Call From Paul

I got the call a little more than 24 hours after I applied for the job.

Paul: “It’s Paul, from the Golden Dragon. Can you work tonight?”

Me: “I’m not sure…ah…hold on. Mom…Paul wants me to start tonight! Is that okay? Can you take me?”

And the rest is history.

May I Have Some Gloves?

I was pretty nervous on the ride there. Why?

B. I was about to start my first job. What job, exactly?

That’s right: I got hired to wash dishes at the Golden Dragon Chinese Restaurant located in Lyndhurst, Ohio.

I was given no gloves for this job-but I should have. Why? Because it turned out to be a pretty gross job.

Come to think of it, if you happen to know a producer for “Dirty Jobs,” please suggest that they film an episode featuring a dishwasher at a high-volume, full-service restaurant.

The reason being, have you ever seen or smelled a 1.5-foot stack of dishes containing half-eaten egg rolls, extremely soggy, cold Chicken Chow Mein, and mostly-finished barbeque rib bones? Blech.

Grinding It Out On Saturday Nights

On a typical Saturday night, the 225-seat Golden Dragon Restaurant would fill up twice.

That meant that 550 people eating “3 items from Group A, 3 items from Group B,” along with a bowl of Wonton or Egg Drop Soup, appetizers, tea, coffee, or a soft drink and dessert, would use around 4,000 items. And every single one of them would pass through our (the team of dishwashers) hands.

On the positive side, we didn’t wash everything by hand, as we had a commercial-grade dishwasher. But it only worked so fast. Sometimes the stack of dirty, slimy dishes reached well into the troposphere. Especially on Saturdays!

To that end, the work was hard (and gross), but we made it as fun as we could.

Wong’s station was the closest one to the dishwashing area.

Standing at 5’2’, with an approximate weight (dripping wet) of 135 pounds, Wong was an imposing figure. And he had one job: cooking appetizers.

In any event, a few days into my job, Wong started acknowledging me. He would wink/smile and give me a quick salute. He turned out to be a really nice guy. Funny too! And an absolute master at what he did. I can still picture his speed and efficiency. And I think of Wong a lot.

Watching Wong cook and plate the appetizers the customers ordered was a sight to behold. The guy was wicked fast. Especially when he was using his meat cleaver to chop ribs. 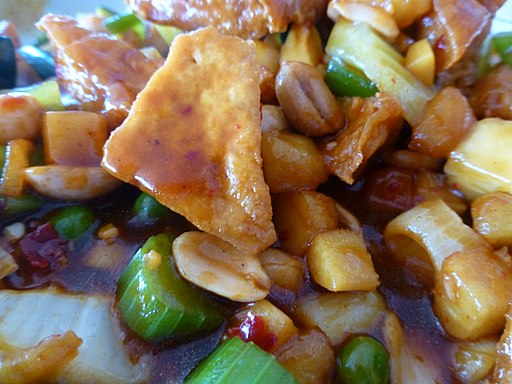 “Family dinners” at the Golden Dragon were quite popular. They included a choice of entrees, egg rolls, fried shrimp and barbecued riblets-which were especially tasty. How did I know?

Because occasionally Wong would “Pssst” to get my attention, and he’d have me come by so he could sneak me a riblet or two. Yumsville.

Then one day, while Wong was chopping ribs, he sliced off two of his fingers.

It happened as I was busily scrubbing a few pots in the oversized sink. Suddenly, I heard Wong scream something in Chinese.

As soon as I heard him, I looked his way and he was standing at his station…looking right at me…showing me his hand minus two fingers. I remember the color going out of my face. It was pretty intense to say the least.

Turns out Wong did that a couple of times a month. In other words, it was an extremely well executed “I chopped my fingers off with my meat cleaver” illusion. Thinking back on it now, it was actually pretty hilarious. Amazingly, I only fell for it two more times. But there was something else Wong did. And he did it 6 days a week.

What I Knew About Wong

Wong moved from China a couple of years before I started working at the Golden Dragon. I’m assuming he lived in Hong Kong because every other Asian who worked at the restaurant did. But why did he move?

I guess he wanted a chance at a better life. But that’s all I knew, as there was too much of a language barrier between us to find out anything more than that. And frankly, I didn’t have a lot of interest in his history…or history in general. But looking back, I wish I had.

Wong was an impressive guy.

Never complaining, Wong showed up every day. He was reliable, hard-working, and excellent at what he did. In short, he was the employee every small business owner wants to have.

He lived in an apartment with several other cooks.

The apartment wasn’t the the nicest place around, but I suspect living there rent-free was included in Wong’s employment package.

In any case, I ended up working in Chinese restaurants, on and off, all through high school and beyond. And I got to know a few other cooks and waiters…and even a young lady (ahem).

Eventually, I hung out with some of them. Heck, I even took a few trips to New York City with a few of the guys. The food we ate in Chinatown…wow. My point?

From what I saw, Wong’s life probably wasn’t ideal.

Basically, he worked, played cards and/or Mahjong, and took an occasional trip to NYC or Toronto. I don’t know if he ever married or had kids.

My Mixed Feelings About Wong

Wong worked his ass off.

He never complained, and I only saw him in a lousy mood twice. He was grinding it out in a hot, busy kitchen 6 days a week. But what drove him?

Was working at the Golden Dragon in Lyndhurst, Ohio, a version of The American Dream we hardly hear about? I guess it had to be better than living and grinding it out in China, right?

As I said, I think about Wong a lot. And my feelings about him and the situation he found himself in are mixed.

First off, I’m really glad I knew him. Wong taught me a lot about working hard. About showing up. About being steady and having a good attitude. And about having fun at work.

But the second thing that comes to mind is a feeling of sadness.

Looking back, the real question I have now is this?

At the time, it appeared to me that all he did was work.

He lived in a crowded apartment (or small house).

He stayed up late playing cards.

He did this again and again. For years.

I last time I saw Wong (about 25 years ago), he was standing at his station, chopping ribs.

We shook hands, had a laugh, and I walked out of the kitchen to pay my bill for the excellent lunch I just had.

Wong was still grinding it out.

And speaking of grinding it out, two of my fellow dishwashers did that. For years. And now?

Dave got into the restaurant business. He currently owns a wildly-successful neighborhood restaurant.

Are you grinding it out?

It has to, right?

Finally, it’s fair to say that we’re all grinding it out, everyday. A day at a time.

And it doesn’t matter if you’re a student, an employee or a small business owner. Grinding is grinding.

You just need to decide where you would prefer to do it.