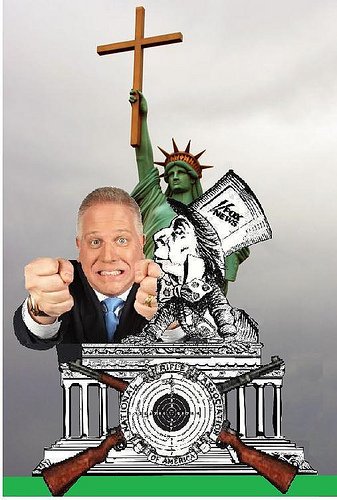 (Image courtesy of Mike Licht on flickr, and NotionsCapital.com)

I used to listen to Glenn Beck on the radio. Well before I was involved in franchising.

He was kind of funny back then.

I’m not sure what happened to the guy. He’s so different. He talks about weird stuff.

He’s so damn paranoid all the time.


Anyway…I wanted to ask him what happened. I also wanted him to share his opinion on franchising, since he kind of owns one now.

So, I had my people contact his people. I wanted to interview Glenn Beck on franchising.

I received this reply:

Mr. Beck only does interviews every other Tuesday, unless it’s a leap year. He’s available from 8:00 a.m. to 9:12 a.m., but he doesn’t do them in-person anymore. He does them from his secret underground bunker located underneath his Blaze Network headquarters. In addition, Mr. Beck has discontinued the use of cellular devices. (That’s because the US Government may be listening in.) Instead, he does interviews via texting through a private network that he owns.

And, remember that the end of the world will soon be upon us.

Update! (June 8th, 2013) – It seems that Beck is right. The US Government is now suspected of tracking cell phone calls.

My Interview With Glenn Beck on Franchising

My interview with Beck took place 3 weeks ago.

What follows is the official record of our exchange.

The Franchise King®: Mr. Beck, thank you so much for agreeing to spend some of your valuable time with me.

The Franchise King®: Let me start off by telling you that I am not a fan of yours-although I always liked the stuff you used to do on your radio show a few years back. Like when you called 7-Eleven employees at random, and asked them if they knew the answers to things that almost anyone would know…but they didn’t.  I think you called it More-On Trivia?

Beck: Yes, Franchise King; those were the good old days.

Beck: Franchising is a great business model, Franchise King. Regular people who happen to have a little bit of money can invest in a business that is already proven to work, and they may even be able to make some money at it. Sometimes.

The Franchise King®: Mr. Beck, you said, “Sometimes.” What do you mean by that?

Beck: Today’s franchisees can only make money if the evil franchise company CEO’s let them. I’ve seen franchisors charge exorbitant royalties-sometimes as high as 80%. That’s crazy. Plus, franchisors are out to get you.

The Franchise King®: Mr. Beck, I’ve never heard of a franchisor charging 80% royalties, and I’ve been involved in franchising for 20 years.

Beck: Well Franchise King, you obviously don’t have sources like I do. It happens. I’ve seen it with my own two eyes.

The Franchise King®: If you say so. Next question; what is your favorite franchise business concept out there currently, and why?

The Franchise King®: Interesting choice. Why is Chik Fil A your favorite?

Beck: For one, they have great chicken sandwiches. Secondly, I like their philosophy.

The Franchise King®: I agree. They really take customer service seriously. Any franchise that does that is a winner in my book, too, Mr. Beck. But, they’re not a typical franchise business opportunity.

The Franchise King®: No problem. Anyway, I’m glad that we agree on Chik Fil A’s philosophy.

Beck: I actually wasn’t referring to their view of the importance of great customer service. I like the fact that they close on God’s day. And, that they’re a food franchise. I like to stock my underground bunker with as many different varieties of food as I can. For when the world ends or the US government comes to get our guns.

From CNN.com-transcripts of the Glenn Beck Show on CNN:

President Obama said, “Small-town folks deal with hardship, and it`s not surprising. They get bitter. They cling to their guns, their religions or antipathy to people who aren’t like them.”

Barack, you know what? I feel safe in saying that I speak for a whole lot of Americans when I tell you I don`t need to be bitter to cling to my gun. The Constitution guarantees my right to cling to my gun during

And you know what? It ain`t about hunting or the tradition of gun ownership. It`s about my fundamental right as an American to protect myself from anybody that wants to do me or my family harm. And you know what? Sometimes those people are in our own government.

Back to my interview with Glenn Beck…

The Franchise King®: Huh? When the heck is G-d’s day? And, what are you talking about-when you say that the world’s going to end…or that the government is going to come and get you and your guns?

Beck: God’s day is Sunday, Franchise King. Chik Fil A’s founder said that, “Our decision to close on Sunday was our way of honoring God and of directing our attention to things that mattered more than our business’’

Beck: Of course I’m okay with franchising and religion mixing together. I’m Glenn freaking Beck! And, what’s this Step 4 thing you’re talking about?

The Franchise King®: Step 4 in their formal franchise application states that People interested in becoming Chik Fil A franchise owners must, “Play an active role in your church. Chick-fil-A’s owners are devout Christians and expect all of their operators to share Christian values. Operators do not need to be Christian, but must be willing to close the restaurant on Sundays, espouse Christian values and be willing to participate in group prayers during training and management meetings.”

Beck: That’s dandy. I love it. As a matter of fact, franchisors that don’t require what Chik Fil A requires of their franchisees are most likely flaming liberals. They probably hate our country, too. Plus, they consistently ignore  my warnings of the upcoming US government invasion.

The Franchise King®: Aren’t you going a little bit too far, Glenn? For example, I’m Jewish. That means that I’m not a devout Christian. You’re okay with me being turned down for a Chick Fil A franchise because of my religion? And, why do you keep bringing up stuff about the US government?

Beck: Absolutely. If you don’t believe in Jesus Christ, you shouldn’t own a franchise. I’ll go one step further:  My teachings say that, “After you become a good Mormon, you have the potential of becoming a god”, (Me. God)  (From the Teachings of the Prophet Joseph Smith, pages 345-347, 354).

One more thing, Franchise King: Did you know that God used to be a man on another planet? Well, I know that to be true. It says so right in The Mormon Doctrine, p. 321.

Beck: I should actually be afraid of you, Mr. Franchise King. And, I should be afraid of all the franchisors that you associate with, too. They don’t want people to make money as franchisees. They want people to fail. They believe that the more people fail as franchise owners-the better. It’s their socialist agenda, Mr. Franchise King. More needy people = more free stuff from the government.

The Franchise King®: So, according to you, Glenn, every franchisor out there is involved in a huge conspiracy to make sure that people fail after they invest their hard-earned money in their franchises? Not only that, they’re in cahoots with the US government?

The Franchise King®: One more question, Glenn; why are you encouraging people all over the US to build underground bunkers and stockpile food?

The Franchise King®: What is coming?

(At this point in the interview, all communications were cut off. I tried to log-in to Beck’s private texting network a few more times-I really wanted an answer to that question, but I couldn’t get back into his network.)

That was the weirdest dream I’ve had in a long time.

Maybe it was that glass of Kool-Aid I drank right before bed that night. 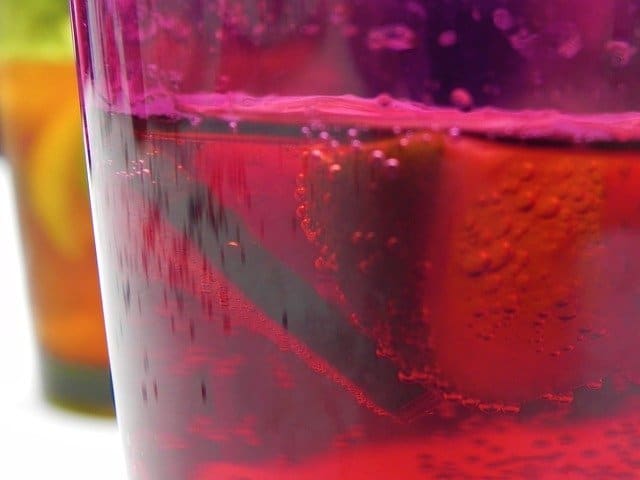