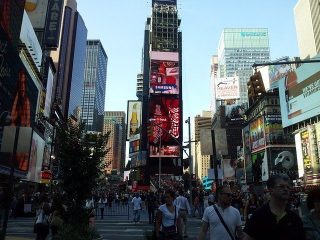 The foot traffic in Times Square is legendary. Imagine having a store there. Imagine the revenue!

Times Square is one of the most sought-after commercial real estate locations in the world. I’m not going to even bother looking up the per square-foot prices. Just figure they’re out of this world.

Thought: How could you possibly lose if you owned a retail store in the heart of Times Square?

“Times Square is one of the world’s most visited tourist attractions, hosting over 39 million visitors annually. Approximately 330,000 people pass through Times Square daily, many of whom are either tourists or people working in the area”

“Just counting tourists, rather than residents, it is the number two tourist attraction in the world behind the Las Vegas Strip.” 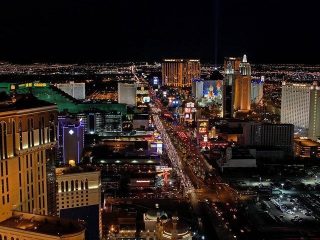 What about all of that neon in Times Square?

The neon lights light up some of the highest-priced billboard advertising in the world.

The ball drop at the annual New Years Eve Times Square Celebration started in 1904, and occurs at 11:59 pm at One Times Square.

Little-Known Fact: Public restrooms are not available at the Times Square ball drop.

Wow. I never thought of that. Of course, I’ve never been in  NYC during the New Year’s Eve celebration.

I hope you enjoyed those facts about Times Square. Hold onto them for future use. You never know if you’ll get chosen to appear on Jeopardy! 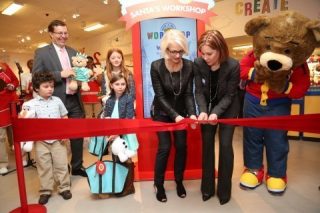 The executives at Build-A-Bear Workshop® must be thrilled about having a Times Square location. I would have loved to be a fly on the wall during lease negotiations. They must have been intense!

“Build-A-Bear Workshop® today announced the opening of a new store location in Times Square in New York City. This seasonal pop-up shop will be located at 1619 Broadway, in the historic Brill Building. The Times Square Build-A-Bear Workshop store will encourage families to share in a new holiday tradition by selecting and customizing a furry friend from a unique assortment of proprietary products, the latest licensed properties and New York City-themed merchandise.”