You are here: Home / Franchise News / Franchise Business Newsflash: Most Returning Military Veterans Don’t Have a Lot of Money Returning Veterans
How could our military men or women, after being asked to go back to Iraq or Afghanistan several times, (for multiple tours of duty) possibly have any money to invest in a franchise business…heck, any business?

Some people obviously think they do.

Most Returning Military Veterans Don’t Have a Lot of Money 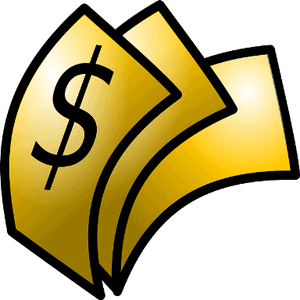 If you read some of the publications that I do, you’d think that there was a secret club-located in a hidden bunker, where thousands of wealthy 22-year old Army Veterans were hanging out-discussing their next entrepreneurial moves.

I’m not sure why this is, but lobbyists from The International Franchise Association in Washington DC are spending an awful lot of time, energy, and money on several new “Veterans Franchise Initiatives. ”

That’s certainly positive. Except for…

Those will really help. It’s kind of like seeing this hypothetical advertisement, for a brand new Ferrari; 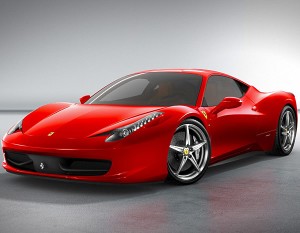 No Money Down Lease!

Except that your lease payment is $3,855 every month.

All of a sudden, that $10,000 rebate isn’t really that important, because you can’t get that car. Actually, you never could. But the marketing team at Ferrari almost got you.

Let’s pretend for a moment that that I’m a Marine who’s just returned from my 4th tour of duty in Iraq. I have a wife, and 2 young children. My wife’s been working as much as possible. She’s been able to hold onto the house, and put food on the table. That’s about it. My mother-in-law has been doing a lot of babysitting, (so we can save money on daycare) and my father-in-law has been able to help my wife with stuff around the house—repairs, etc.

Before we bought our house, we lived on the base. I didn’t make much money, so we don’t have a lot saved. It’s going to be pretty tight until I find a job.

I love working with Veterans. I’ve been able to help a few get into business. Very few. I would be able to help a lot more of them learn how to choose and research franchises if it wasn’t for one little thing;

Again, Most Most Returning Military Veterans Don’t Have a Lot of Money.

Franchise buyers should have a minimum net worth of $300,000 before they even sit down at a computer and start looking for that perfect franchise. $300,000!  In addition, they should have the ability to write a check for around $50,000…of their own money. The rest can come from a small business loan.

If you’re a Veteran, I’m not trying to freak you out here. It’s just that I’m into reality; not fantasy. And, if you’re a returning Veteran, you may not know this, but most US banks have been very uncooperative with franchise buyers. Franchise buyers with decent financials and good credit. So unless the powers that be over at The International Franchise Association happen to have some secret power….I’m talking about the kind of power that can change the hearts and minds of every $750,000 a year bank executive who refuses to loan money to people that want to start franchises, than you’re going to need a hell of a lot more than tax credits to go into business.

Some franchisors are discounting their franchise fees for Veterans, as part of the VetFran program. That’s a great thing, and I support discounts for Veterans. But unless Veterans who are interested in buying franchises can get loans, most of them will never become franchise owners. Never.

Franchise industry professionals know that most of our returning Military Veterans don’t have nearly enough money to invest in most start-up franchises. There will be some exceptions, and there are certainly a plethora of low-investment franchises that are available. But for the most part, investing in a franchise with a total start-up cost of $200,000 will be out of reach for just about every Veteran that’s returning home from overseas.

Our Military Veterans have seen enough smoke for a lifetime.

They don’t need to have any more blown up their…..