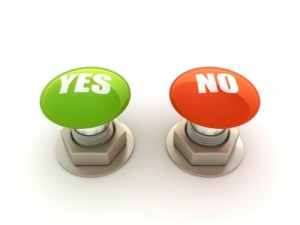 The Seattle Times editorial team recently wrote about the new minimum wage law (that $15 an hour one) that just got passed in the city of Seattle.

There have actually been several op-eds written by their staff about the new law. All of them are well-written and very well-thought out.

This headline-and the sub-headline won me over:

The Seattle $15 minimum wage proposal punishes locally-owned franchises in a wrongheaded pursuit of fast food CEOs, who undoubtedly couldn’t give a rip.

The editorial boards feels that franchises-all 1700 of them in Seattle, are being treated unjustly. I do, too. Read this letter now.

Here’s an important paragraph from The Seattle Times op-ed, speaking about the pro-higher-wage-movement:

“And contrary to the rhetoric from the $15 wage movement, these businesses are not arms of corporations. Franchises have their own tax ID numbers and payroll — they are independent business units separate from the franchiser. Typical agreements offer franchises a brand, a business model, some marketing and bulk buying power. In exchange, franchises pay about 4 to 7 percent of their gross profits back to the franchiser.”

That’s right: Franchisees pay a percentage of their gross sales to the franchisor. Every month.

And, franchisees are not 500 employee organizations-for the most part.

(There are some multi-unit franchisees-ones with 100+ units who have 500+ employees, but it’s not the norm, people…or rather, elected officials of the fine city of Seattle.)

The editorial board over at The Seattle Times, a Pulitzer-winning publication, is right on the money.

I hope the Mayor of Seattle gets The Seattle Times delivered.

Here is the entire editorial.

More On The $15 An Hour Minimum Wage In Seattle

The Mayor of Seattle just wrote this for USA Today

My friend, Carol Tice, wrote a good one on this topic on Forbes.com.

ABC is covering this story.

Read what Brookings has to say.

Does the minimum wage need to be raised?