There’s a perfectly good reason why I haven’t ordered a mushroom pizza from Domino’s® in at least 30 years. And I don’t understand why anyone would.

But before I tell you what that reason is, I need to go back in time for a couple of paragraphs. You’ll understand why in a moment.

40 years ago, I dined on several plump Jumbo Sea Scallops arranged in a perfect circle atop Zack Bruell’s unbelievably rich and sumptuous Raspberry Beurre Blanc sauce. I remember snacking on that dish like it was yesterday.

It was one of the perks I enjoyed working as a waiter in one of Cleveland’s best and most popular upscale restaurants at the time.

Working at Hugo’s Cellar in Las Vegas in the mid-1980’s had its perks too. Nothing like eating grilled Chilean Sea Bass, Rack of Lamb and Escargot en Croute to satisfy one’s palate.

And what does this have to do with pizza I haven’t eaten in 30 years?

I have extremely uppity taste buds.

Not because I was raised by highly-paid nannies fond of cooking (I wasn’t).

Not because I had food prepared by Chef Angelo, who worked on our family’s little boat (kidding). 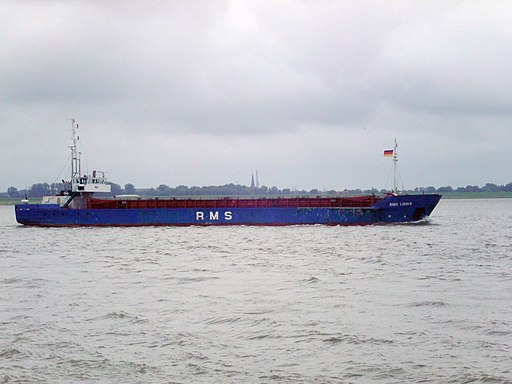 On the contrary, I reason I possess “uppity” taste buds is because I worked in several great high-end restaurants. That meant I was able to taste foods that lots of people never get to taste.

And when it comes to my occasional desire to eat a mouth-watering mushroom pizza, I never order Domino’s. I can’t. Their pizza is too “commercial” for me. That is to say my taste buds wouldn’t know what to do.

It can be gourmet pizza with fancy ingredients, or believe it or not, I’m quite satisfied eating a basic, standard mushroom pizza. But the mushrooms cannot come from a can. Why not? Just ask my family.

Because they’ve been on the receiving end of my occasional 10-minute rants that always begin with:

“Who the heck uses canned mushrooms on pizza these days!!?, ending with “Get me the phone number of that joint so I can call to complain to the manager.”

So no canned mushrooms!

Does Domino’s Mushroom Pizza Use Fresh Mushrooms Or Canned Mushrooms?

“When scattered atop your favorite pizza, mushrooms have the amazing ability to impart their own distinct flavor, while simultaneously acting as a flavor sponge when paired with other ingredients. Mushrooms mimic the meaty texture of Italian sausage, for instance, and take on a delicate spice when paired with it. For this reason, we include fresh mushrooms on several of our Specialty Pizzas, including the Deluxe Feast®, which features pepperoni, Italian sausage, fresh green peppers, fresh onions, and 100 percent real mozzarella cheese. The fresh mushrooms are like a third meat on this pizza, but at the same time, the mushrooms elevate the flavors of the fresh veggies.”

Did you catch that?

“We include fresh mushrooms on several of our Specialty Pizzas, including the Deluxe Feast®, which features pepperoni, Italian sausage, fresh green peppers, fresh onions, and 100 percent real mozzarella cheese.”

It looks like I would have to order a “Specialty” pizza to get fresh mushrooms.

Which means that standard Domino’s pizza’s don’t use fresh mushrooms.

I don’t actually know. And I kind of don’t want to.

Of course I’m not everyone.

Not that it matters. Because…

Domino’s Is Absolutely Crushing It

Domino’s Pizza franchises have been making the right moves for several years. Especially with their technology initiatives. And these moves are paying off in a big way. Talk about a franchise business that was ready-made for Covid-19, and the effect it’s had on everyone’s lives.

According to The Motley fool, “The key to the company’s success is the investment Domino’s made a few years ago in technology. In the U.S., 65% of Domino’s orders originate via digital channels including Alphabet’s Google Home, Facebook Messenger, Apple Watch, Amazon Echo, and Twitter, as well as its proprietary ordering app. Internationally, more than 90% of Domino’s markets offer online ordering.”

Domino’s Pizza is one of the busiest food franchises on the planet, and it looks like it’s going to continue to be for the foreseeable future.

In conclusion, Domino’s has been focused on take-out and delivery forever, and now they’re offering curbside pickup. Contactless curbside pickup. That’s right, you don’t interact with any other humans when you pick up your pizza.

Summing It All Up With Something Important

If you’re asking yourself what my high-end palate has to do with franchising, you’re not alone. Other readers are too.

That said, here it is.

Sometimes it’s about what the masses like. What they’ll order.

What they’ll pay you for.

One last thing. Humor me.

When was the last time you ordered a pizza from Domino’s?

Did you order a mushroom pizza?

Please Share This Article!
6Shares
Note: When you buy through links on our site, we may earn an affiliate commission.