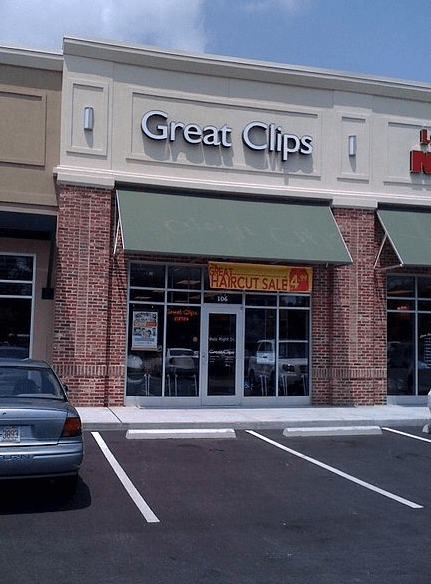 *I recently asked subscribers of my free VIP Franchise Newsletter for their suggestions on what they’d like me to write about here. Information on buying an existing franchise was one of the topics that came up. Have you subscribed to my newsletter yet?

Why Not Look At An Existing Franchise?

If you haven’t yet thought about looking into an up and running franchise business, maybe you should. Buying a business that’s already bringing in revenue (and hopefully profits, too) should sound pretty attractive to you. Especially if you’re one of the millions of people who are disillusioned with their jobs. For some, “Working for the man” just isn’t cutting it anymore. Does that include you?

Maybe You Should Look At Buying An Existing Franchise

If you’re ready, almost ready…or are just thinking about becoming your own boss via franchising, I’d like you to “open yourself up to the possibilities.” One of them being becoming the owner of an existing franchise business. Okay?

Advantages Of Buying An Existing Franchise

Here are the advantages of buying an existing franchise business.

The cash register (do they even make those anymore?) is opening and closing day in and day out. Cash is being exchanged for goods and/or services. Business is being done. There’s a franchise owner-a small business owner-on one side of the register and a customer or client on the other side. Good stuff!

But, you won’t have to guess if it’s a profitable business; you can ask the franchise owner how much profit is being made…yourself. And, you can look at the books.

It’s usually easier to get a small business loan for an existing business, as lenders can analyze past performance and make their loan recommendations based on what they’ve discovered.

When you buy an up and running franchise business you’re paying an exact price for the business. There’s no “investment range,” like there is when you buy a franchise start-up business.

And, speaking of price, there are 5 different ways that an existing franchise business can be valued, according to Bizbuysell.com

Most of the people I work think that buying an existing franchise presents lower risk than buying a franchise start-up. That’s because there’s money coming in from day one. There are existing customers. There’s a list of vendors. There’s inventory. Pretty attractive stuff. (Especially the part about money coming in right away!) But, is the financial risk lower? Maybe. Keep reading.

Disadvantages Of Buying An Existing Franchise

Buying a franchise business that’s already up and running can be a great thing. But, there are some caveats.

1. The franchisor has the final say

You can’t just walk into the pizza franchise around the corner, make an offer, buy it, and automatically become a franchisee.

The reason: The franchisor has to approve you. It’s not automatic. In most cases, you’ll have to visit franchise headquarters and meet the executive team. They need to feel that you’re a fit for their company…their culture.

One would think that because it’s a “franchise” you’re trying to purchase, and there are business systems in place etc., everything you need numbers-wise, will be easy to analyze. That may not be the case. The franchisee may keep sloppy books. But, even if the financial information is well-organized, an accountant will need to crunch the numbers. Especially if there are two sets of books.

The numbers may lie. And, that will be a problem going forward if you become the Owner.

In a perfect scenario, some of the current employees will stay on when you officially take over the franchise business. Sometimes it can be negotiated as part of the deal. But, what if they stay on and do you harm?

New owners of any business are pretty naive. Employees know this, and can and sometimes will take advantage of the situation. Inventory and future profits can literally walk out the door.

Buying an existing franchise is a negotiated deal.

In most cases, the price the seller wants for the business will be way more than you think it’s worth. In addition, the selling price may end up being substantially higher than buying the start-up version of the franchise. You’re going to be paying a premium-unless it’s a distressed business. The revenue you’ll be seeing and getting when you open the doors to your business? You’re paying for it; it’s part of the selling price.

Hire an accountant (see #2) who’s familiar with business acquisitions, so you’ll know if you’re paying a fair price for the franchise business.

You’re going to need to find out why the franchise business is for sale.

In other words, just because the seller “said” the reason for selling is because he or she is ready to retire and move down south, doesn’t mean it’s the reason.

What if the real reason is a hidden reason? What if it’s a secret reason?

I’ll let your imagination run wild for a moment.

Were you able to come up with any secret reasons for a business being for sale?

If you can’t come up with one or two secret reasons for a business being for sale, maybe I’ll help you along in the comment section underneath this post in a day or two.

If you’re thinking of buying a franchise, it wouldn’t hurt to look into an existing location if there’s one available.

Your franchise sales representative should have access to information about any existing franchises available in their system. Just ask.

In addition, there are firms that specialize in franchise resales.

Best of luck on your journey to becoming your own boss.

***I was just interviewed on the radio about this topic.