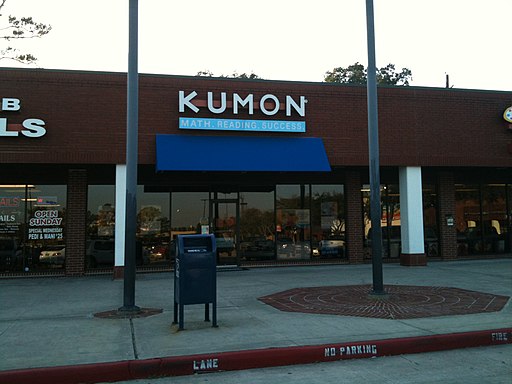 Toru Kumon was a teacher in Japan who was frustrated after seeing his own son perform poorly on a mathematics test. As a result of that, he began to hand-write worksheets each day for his son.

By the time Takeshi was in Year 6, he was able to solve differential and integral calculus usually seen in the final years of high school. It also marked the beginning of the Kumon Method of Learning.

In 1956, the first Kumon Learning Center opened in Osaka, Japan. The rest is history, as there are currently four million students enrolled in 26,000 learning centers in 49 countries and regions.


My Interview With A Kumon Learning Center Franchisee

Nicole and I met @Twitter, and she was kind enough to agree to this interview. I think you’ll find it both interesting and useful.

Me: Hi Nicole. Let’s start by having you tell my readers a little about yourself.

Nicole: I was born in Trinidad but came to Canada as a young child. Graduated from McGill with a Molecular Biology degree and married the same week and had three children. Until my first two were in school full-time, I was a stay at home mom.

Me: Why did you choose Kumon, and how long have you been a franchisee?

Nicole: When my firstborn was 6 years old, I enrolled her at the local Kumon Math and Reading Center. I was so impressed with the program I went into training to become a franchisee.


You have to understand I initially saw it as an enrichment program because my daughter is very bright and I could see she would learn a lot of advanced math young. But I also quickly saw the potential for helping kids like my friend’s children who were intellectually challenged, and everyone else, because of the individualized learning. I was also attracted by the fact I could get in quickly and easily without investing a lot of time and money.

I opened my first Kumon Learning Center in 1996 in Montreal, Quebec. Growth was slow back then …after 3 years had only 30 students and no one found that surprising. We were pioneering Kumon and few knew what it was. Relocated in 1999 to a West Island location, and into commercial space in 2001 – again a pioneer. Most of my colleagues were still in church basements then. Grew the center to nearly 300 students by 2009 when I began the process of selling it to relocate to Hamilton, Ontario, since my then-fiancé lived there. Sold in October 2010, moved to Hamilton and immediately opened a new center there in commercial space.

Me: How’s business, and are you noticing any trends in the tutoring industry?

Nicole: This is a tough market (inner city Hamilton has some of the most extreme poverty rates etc. in the country). I have worked hard to grow the class to 150 but need to get to 200 and up this year or next, so am focusing on key marketing initiatives.
At the same time my colleagues in better markets in Hamilton are seeing excellent growth. Ontario parents are often very worried about what they perceive as inadequate school programs for their children’s needs, so they are enrolling in a program they know has a fantastic reputation.

Me: Tell me about The International Association of Kumon Franchisees (IAKF).

Nicole: First, you should know that Kumon is in 55 countries around the world, but the only other countries with independent associations are Spain, Malaysia, Australia/New Zealand, and Japan. Kumon is a hierarchical, patriarchal company that strongly discourages associations and most people are too afraid to start one or even join one.
The first North American association began in Canada and the US in the late nineties. They soon merged into one NA association called PAKCO. It was successful in the early 21st century negotiating with Kumon NA (KNA) and its biggest accomplishment was getting the tuition cap removed. We used to pay 40 percent of all tuitions to Kumon in royalties and did not have the freedom to charge more to improve profitability. Most Kumon countries worldwide are still this way. But when the cap was removed, tuition’s have gradually gone up to bring the effective royalty rate down to 20-30 percent depending on the market and individual franchisees.

After one of PAKCO’s board members tried to sue KNA, and of course KNA stopped negotiating with it, we started IAKF as a new, more progressive and lithe organization in 2004. Soon PAKCO dissolved and we were the only NA association.

Me: Do you feel you’re making an impact? Are Kumon Learning Center franchisees benefiting from the association? How?

Nicole: Over the past 15 years, we have had a long and varied history with KNA. Like most associations we have had ups and downs, times when we have had excellent negotiations with KNA and been very effective, and times we have been ostracized and shut out of decision-making.

Furthermore, over the past 5 years, our focus has been developing webinars, professional development courses, and working groups as well as a plethora of online resources on our website to support and empower franchisees. We also have partner companies that provide services our members use and are a member of the Coalition of Franchise Associations (The CFA Inc) which has become a major force in US franchising, meeting with and influencing representatives at the federal level.

We have also seen a recent glasnost in relations with the company and have begun meeting again to discuss a range of issues important to our members.
So yes, the impact is significant and the benefit to members considerable.

Me: How has Kumon corporate responded to issues and/or concerns you’ve brought up? Any examples, including positive changes you’ve been able to make? 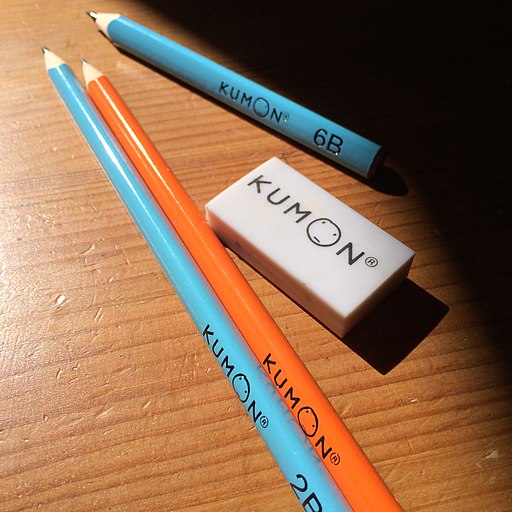 Me: What’s the one thing someone who’s thinking about becoming the owner of a tutoring franchise?

Nicole: First, do your market research. Make sure you have found a tutoring franchise you not only believe in as a product, but has a healthy corporate culture, happy franchisees, and that you are opening your business in an area where it will thrive.

Me: Anything I missed? Anything you’d like to add?

Nicole: You have to think long-term. Low front end, high royalty companies can look attractive, but think of how much you will pay overtime if you stick with it 23 years or more like me. Make sure there is good training and PD support from the company, as well as strong progressive marketing. Does the company have a collaborative approach with franchisees?

Notice if the business model has changed rapidly. In a short time (under 10 years) in Canada we have gone from nearly all in churches and community halls to nearly 100 percent commercial. From centers open mostly twice a week 2 to 3 hours per day to a minimum of 40 hours a week (including office hours and opening four times or more per week for classes). From training locally to all training being done for a week at a time in New Jersey.
Thanks for the opportunity to share, Joel!