Maybe my Crown is a little tight

If you’re thinking about buying a franchise, this post is for you. If you know someone who’s mentioned that they’ve “been looking for a franchise to buy,” please bookmark this post, and send it to them. They’ll thank you, someday.

Now, I’m not saying that folks should just stop buying franchises and grind the franchise industry to a halt. It’s a great industry, and the business model of franchising rocks. It’s even relatively safe, if the person buying into the franchise concept take the steps necessary to protect themselves.

I just want people to stop buying franchises that shouldn’t be buying them. What I’m really saying is this;

Stop Buying Franchises (That Aren’t Right For You)

In a previous post, I laid out the “8 Stupid Reasons For Buying a Franchise Business.”

2. The franchise is hot.

3. There’s a prime location available right by your house.

5. Your Aunt Tillie & Uncle Mort “mentioned this restaurant they ate at.”

6. You always wanted to be an “entrepreneur.”

7. You read an article that suggested that you “take control of your life!”

8. You finally found a “business partner.”

You can read the post if you’d like…I go into more detail.

Do you carry around a crystal ball? My industry has enough issues surrounding “franchise failure rates.” Some of the failures are the fault of the franchisor, for sure. If you’ve been following along with this blog for the past few years, you know me, and you know my style;

“There’s absolutely no way I can fail with this ice cream shop.” (Pizza franchise, commercial cleaning service, auto detailing business, submarine sandwich shop, coffee shop, or any other franchise businesses that you’d like to add to the collection here.)

Right. Based on what? Facts? Gut feelings? The franchise brochures? 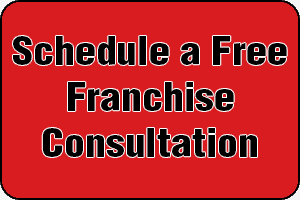 Use resources that are readily available

You don’t need to rush the franchise-buying process. Actually, if you feel that you “better hurry up and do something,” that’s your first problem. Take some breaths. Look at a few different franchises. Commit to getting the facts. No hearsay, please. Aunt Tillie’s taste in restaurants don’t matter.

Buying a franchise……the right franchise, is not as easy as it sounds. There are certain things you need to know, if you’re going to increase the odds of franchise success...you’re success.

Go Here to increase your chances of success.

“Joel Libava is one of the good guys. He has his clients’ best interests at heart and the sale is never as important as the client. His passion, experience and honesty is invaluable for anyone interested in pursuing a franchise. I look to Joel as one of the true experts in the franchise industry.” – Rush Nigut, Iowa Franchisee Attorney

Let’s change the franchise world together.