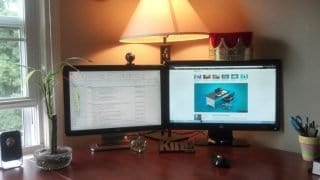 Most of the time, I’m focused on providing useful information for people that are interested in exploring franchise business ownership. It’s what I love to do.

I’ve been doing it for a long time, and, it’s paid off in many different ways. I also do something else. More on that in a bit.

How My Franchise Business Writing Has Paid Off

I was approached by a major business book publisher to write a book on franchise ownership-and did so. 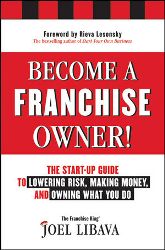 Become a Franchise Owner!: The Start-Up Guide to Lowering Risk, Making Money, and Owning What you Do

Up And Running-Bplans (Coming soon) 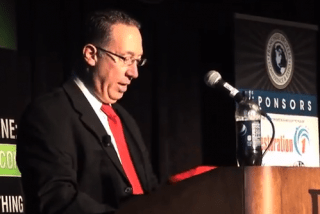 I’ve been asked to speak at business events-which I really enjoy doing. Like:

Plus many other venues including colleges, libraries, outplacement companies, and networking groups.

I’m frequently asked to provide timely franchise information and advice for media outlets all over the country.

I’m quite active on all the social media networks, and have amassed a good following along with a very loyal fan base.

My weekly (almost) email newsletter continues to grow and is about to hit 3,000 subscribers.

All in all, it’s been a fun ride-and continues to be.

I Also Do This

You may not be aware of this, but because of my franchise business writing which has brought me visibility, I’m occasionally approached by franchisors and suppliers (franchise attorneys, accountants, lenders, payroll solution providers) to help them get more exposure…especially online. They want help with franchise lead generation.

I own and operate a franchise directory…but, it’s like no other.

Most franchise directories charge franchisors and suppliers a fee each and every time a potential franchise candidate or client fills out one of those “Request More Information” forms located on their websites. Typically, that fee is $15-$20 dollars. Known as the “Pay Per Lead” model, it’s employed by just about every directory/portal around and can quickly bust through one’s monthly ad budget.

There are some really good-really high-quality franchise portals and directories around. My feeling is that franchisors and suppliers should spend a portion of their marketing dollars on them. Just not all of it!

My franchise directory- the Franchise Biz Directory, isn’t set-up like that.

I don’t charge for each lead.

And, I don’t have any “Request for Information” forms on the site.

Franchisors and suppliers pay a one-time listing fee. They get unlimited leads for 12 full months starting at only $179. That’s $179 for an entire year! In addition, the people that they’re trying to attract go directly to their websites to request more information.

I don’t want visitors to the Franchise Biz Directory to stay on the website very long.

Instead, I want them to spend their time on the websites that are listed on the directory. That’s how I set the Franchise Biz Directory up from day one. It goes against almost every online marketing rule including the one that states that “Your goal should be to keep your visitors on your website for as long as possible.”

On the site you’re on now, I do want to stick around. I want you to read lots of articles. I want you to subscribe to my blog and my newsletter. But, on my franchise directory-where I charge for listings, it’s the opposite.

Just don’t tell any of the top online marketers about what I’m doing. They won’t approve of it.

Do you know any franchisors or suppliers that should add their listings to the Franchise Biz Directory?

Have them check out my 3 Marketing Packages.