I’ve talked to thousands of potential franchise owners over the years. Some of these conversations have taken place one to one as an advisor-and still do, and some of them occur after my speaking engagements, when audience members come up to me afterwards to ask questions.

All of these conversations have a central theme, and if you happen to be looking for a franchise to buy, it’s one that you’re very familiar with. The theme is…

All of us do it, you know. We all talk to ourselves. Some of us do it out loud, while some of do it in our heads.

If you’re thinking of becoming the owner of a franchise, your self-talk will include a lot of questions. Like this one;

“How am I going to know if the franchise I’m thinking of buying is a good one?”

The theme of that question is, “safety.” You don’t want to make a mistake. That’s because making a mistake (in this case) means losing your money. No one wishes for that.

He’s the CEO of Cincinnati-based, Window Genie, a service-based franchise that was started way back in 1994.

I first met Rik at a franchise convention that the brokerage group I was with at the time was putting on. I noticed Rik immediately-which may have to do with the fact that he’s 6’7”.

The other thing I noticed was that he was a nice guy. He seemed genuine. And, he oozed with enthusiasm.

It’s Not Only About Windows

Window Genie was recently named the 41st fastest growing franchise in America for 2012 by Entrepreneur Magazine. With around 100 locations in 22 states-some of which include some very impressive Area Developers, Window Genie’s service offerings are reaching more and more consumers all the time. Their services include;

Having an array of services to offer-as opposed to only one, is a definite advantage when you’re a franchise owner. And, having multiple service offering are one of the things that today’s franchise buyer’s wish for all the time. 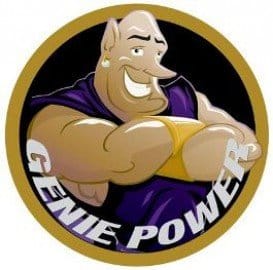 On The Cutting Edge

Today’s franchise buyer’s want…wish for really, is the ability to offer a product or service that’s different. They want something that’s cutting edge. Window Genie has that handled.

In layman’s terms, homes that have window film installed have lower spring and summer utility costs, because the film keeps the heat out.

The window film also slows down the fading that takes place on your valuable home furnishings, and cuts down the glare in your entire home.

A lot of the people I talk with like to have choices. Some of them wish that more franchisors offered more ownership choices.

Window Genie does offer a couple of ownership choices.

Their standard size territory begins at 25,000 households. These are protected and exclusive households for you to market in to. If you’re looking for a very manageable business-one in which you’re doing some of the work alongside your technicians, this could be the way to go.

If you’re looking to build a larger business-one with multiple trucks, you may want to learn more about Window Genie’s larger-sized territories. (Up to 100,000 households) In this offering, you’re more of a business development person. You’re more of a manager.

That’s right; you’re going to like the competitors in your local market.