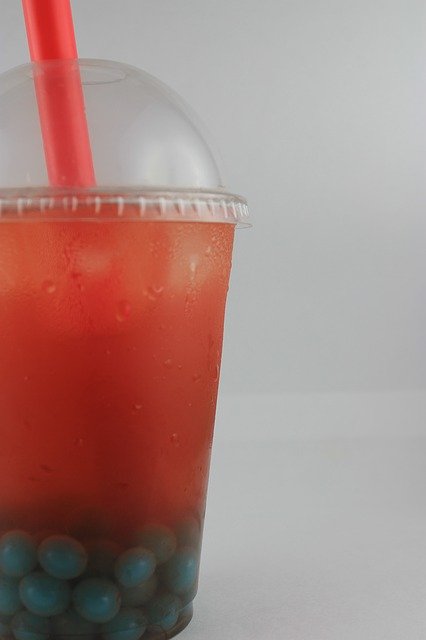 I keep hearing about Bubble Tea franchises. But my first question is what the heck is Bubble Tea? And why all the talk and excitement in the franchise world? In other words, what’s with this new beverage?

FYI: I didn’t know what Bubble Tea was until I looked it up on Google and read the Wikipedia Page:

“Bubble tea is a Taiwanese tea-based drink invented in Taichung in the 1980s. Most bubble tea recipes contain a tea base mixed/shaken with fruit or milk, to which chewy tapioca balls or fruit jellies are often added. Ice-blended versions are usually mixed with fruit or syrup, resulting in a slushy consistency. There are many varieties of the drink with a wide range of ingredients. The two most popular varieties are bubble milk tea with tapioca and bubble milk green tea with tapioca.”
You can read the entire description…and more at Wikipedia.org

So, the tea is basically a cup o’ slush with tapioca beads on the bottom. Fantastic. I was kind of thirsty a minute ago. Now, not so much. I think I’ll stick to a powerful cup of this beverage instead.

Wait. So what is Boba Tea?
According to Eater.com, “The word ‘boba’ can refer to either a broad category of chunky drinks — including everything from iced tea with tapioca pearls to fresh juice loaded with fruity bits — or black tapioca pearls themselves.”

So Boba Tea is the same stuff. I think.

Have you ever tasted Boba Tea?

Bubble Tea Franchises: Why All The Fuss?

My answer: I actually have no idea why a Bubble Tea franchise is a “thing.” But take a look at this.

In April 2014, Gong Cha opened its first franchise store in Flushing, Queens (New York). To this day there are 7 Gong Cha outlets in New York City with Gong Cha (a Bubble Tea franchise) expanding to other regions in New York, New Jersey, Massachusetts, and now Texas. That means several people have plunked down their initial franchise fee to become a business owner of this tea franchise. There’s more.

Interestingly enough, there’s even a Bubble Tea vending machine business you can buy-with a territory included. I won’t name the company because, like Starbucks, it may not be a true franchise business, especially with the low initial investment amount listed.

Speaking of CoCo Fresh Tea Juice, the company was founded by Hung Chao-shui in 1997. The leading Taiwanese tea brand has over 1,000 branches in China, Taiwan, Hong Kong, Malaysia, and opened its first U.S. location in 2011. Read more at Forbes.com

So Why Are People Buying Bubble Tea Franchises?

I still don’t know. Maybe you can enlighten me. You can start with telling me how the stuff tastes.

In the meantime, I’m going to step away from my desk to brew a nice hot cup of coffee with my Keurig coffeemaker (Which is still going strong after 3 years of daily use).

One more thing: I’m curious to see a Franchise Disclosure Document (FDD) from one of the Bubble Tea franchises I named. Why? Because I’d like to see the numbers.