You are here: Home / Franchise ownership / 3 Things Franchise Brokers Would Prefer To Keep Under Wraps: #2 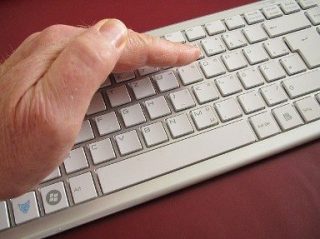 There are several things today’s franchise brokers would like to keep under wraps.

The 3 things franchise brokers would prefer to keep under wraps that I’ve decided to share with you aren’t bad things. Not at all. They’re just things that you-the prospective franchise business owner should know.

Isn’t that why you’re here?

Don’t you want to have as much information on franchising as possible?

So, what does that mean for you ? Why is it important for you to know?

It’s important for you to know so you won’t waste time working with two franchise brokers at the same time since they’re probably working with the same franchisors. It’s a waste of time, and can lead to serious confusion. It’s hard enough investigating two or three franchise opportunities at once, even if you’re doing it right.

A Note About Franchise Brokers

I read this a while ago. It was posted on a now-defunct franchise forum. It’s pretty harsh, but it’s true.


3 Things Franchise Brokers Would Prefer To Keep Under Wraps: #2

Who are you? Seriously.

When you work with a franchise broker, who are you?

Wait. Let me do it this way, instead.

The answer: The client.

When you work with a franchise broker, you  are not their client.

You only “feel” like you’re the client when you’re working with a franchise broker.

Most franchise brokers (who sometimes call themselves consultants) offer their services for free. That’s because they’re paid by the franchisors. It’s really easy to follow the money trail. Unless…

Some franchise brokers charge a fee. They call it a consulting fee or a commitment fee. It can range from $50 to a few hundred dollars. Some brokers feel that by charging a fee they’ll be able to get only “serious” prospects. It’s up for debate, but since I’m not a broker anymore, I’ll leave it to the brokerage community to do.

If you work with a franchise broker who charges a small upfront fee, does that change things? Are you the client since you’re paying a fee?

The franchisor is the client because they’re paying the big  fee.

The franchisor is the client because they have a signed sales agreement with the broker. A signed contract.

Yes. Of course it matters.

Whenever money changes hands because of something you’ve said yes to, a sale has been made. In this case, there are two  sellers.

They both  make money when you send in your check for the upfront franchise fee and sign the franchise contract.

I’m not sure you know this about me, but I’m trying to change the franchise world.

Part of the change that needs to take place has to do with disclosure. Franchise buyer’s need to know who’s who in the franchise broker-franchise buyer relationship.

In today’s day and age-the age of transparency in business, it’s the right thing to do. And it’s important for you to know who’s who.

In Part-3 of this series on the 3 Things Franchise Brokers Would Prefer To Keep Under Wraps, I’ll unwrap something else for you.

Please Share This Article!
5Shares
Note: When you buy through links on our site, we may earn an affiliate commission.