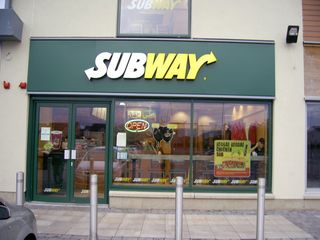 The reason: It’s so darn easy for people to visualize themselves owning a Subway franchise…there are so many of them! (And, they’re usually busy.)

It never fails. Whenever I tell someone that I’m involved in franchising, one or more of the following questions are asked of me;

I suppose you’d like to see my answers now, right?

Subway Franchise Cost And Profit: How Much Can You Make?

1. I don’t do any work with Subway. I’ve never brokered a deal with a Subway franchise, and I’ve never been paid to help them with franchise marketing. (But, I’d gladly accept payment from them, if they wanted some marketing assistance!)

2. This is a tough one. What do I  think of Subway? MMMMM Well, for one, I was in the food business, and I have absolutely no desire whatsoever to own a food franchise. That’s just me. Now, if you ask me what I think about the operation…

Subway has over 35,000 restaurants open in 95 different countries. I don’t. They may know a little more about growing a franchise empire than say, me. Now, inside the industry, they’re respected, based on their numbers, but that may be about as far as it goes. I’m not really sure how well they do their franchisee selection. In other words, I don’t really know if they consistently sell their franchises to the most-qualified candidates, or if they just like to see lots of franchises sold.

Read My In-Depth Article – How To Buy A Subway Franchise 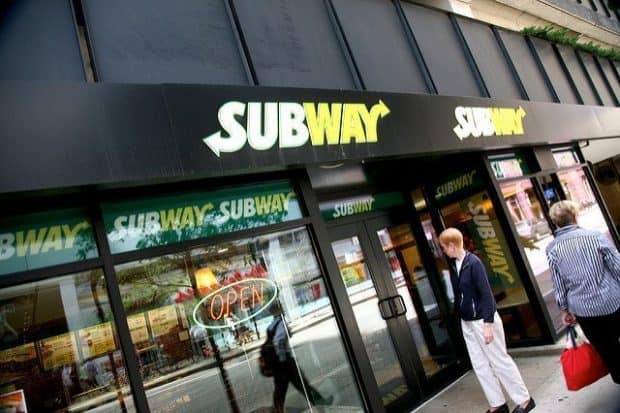 Subway Franchise Update: Franchisees Are NOT Happy About This Sandwich

Subway is a very successful operation. They are usually right on top in almost every franchise rankings list.

Now, back to my answers…

3. Why do you want to know how much you can make as the owner of a Subway franchise? (Like it matters.) Kidding. One way to find out is to see how many Subway® franchisees own more than one Subway store. (Lots.) Another way is to ask. Carefully.

Here’s exactly how to ask the “How much can I make?” owning a Subway franchise question.

4. As I stated up above, there are over 40,000+ Subway® franchises worldwide. That’s an amazing number. How does Subway continue to add new franchises to the mix?

In a word; branding. The Subway® franchise name is recognized worldwide. Subway has been around for over 40+ years. That’s how. Subway franchises are usually busy places. Subway spends oodles on marketing and advertising.

Actually, the Subway company doesn’t pay all the advertising fees out of their own pocket.

SUBWAY Franchisees pay 12.5% every week (gross sales minus the sales tax); 8% goes toward the franchise royalties and 4.5% goes towards advertising .”

Subway is super-popular, and as a company, they’re super-successful.

Just do great research before you buy one. My top franchise research techniques along with the top questions to ask Subway franchise owners can be found in my powerful franchise course.