You are here: Home / very personal / Because Of Them: Part 2 Of My Personal Story 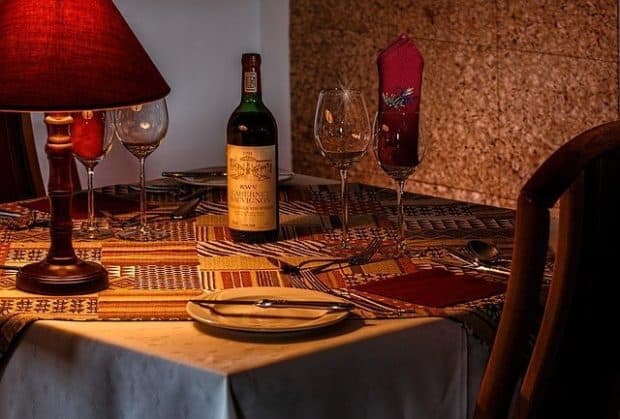 In Part 1 of this post, I shared who and what influenced me as a youngster.

The people I looked up to most during my younger years were entertainers. The best of the best in my view. They were the ones who had a huge impact on me-and the way I expressed myself then…and now.

When I reached my mid-teens, other types of people influenced me. As a matter of fact, they helped me get to the place I reside now; the world of small business.

Because Of Them: Part 2 Of My Personal Story

At the age of 14 or 15, (I’m not exactly sure) Paul Hom, the owner of The Golden Dragon Restaurant in Lyndhurst, Ohio, called me. (I had filled out an application to be a dishwasher, and Mr. Hom told me he’d let me know if he was interested in hiring me.)

My mom handed me the phone.

“Joel, this is Paul Hom, from The Golden Dragon. Can you start work tonight?”

“Yes. We are going to be very busy, and we really need you to start work tonight.”

“Can you hold on for a minute?”

(This is where I asked my mom if it’s okay if I start working tonight and if I can get a ride from her. She said yes to both.)

“Sure. I can start tonight. What time do you need me there?”

And so began my 15+ year journey in the restaurant business…which sometimes stunk.

The money was pretty good. (As opposed to making no money) That’s why I showed up just about every time Paul Hom called* me to work.

*The schedule was posted on the bulletin board in the kitchen. But since all of the dishwashers were school-aged kids, they (we) sometimes had school activities like sporting events that we couldn’t skip. That’s why all of us were essentially “on call” pretty much every day. And I got called a lot.

As I said, I liked the money…but I didn’t like my job very much. (Although we were a pretty crazy bunch of guys) We worked hard and played hard-at work. We made it as fun as possible. But it was a dirty job, trust me. 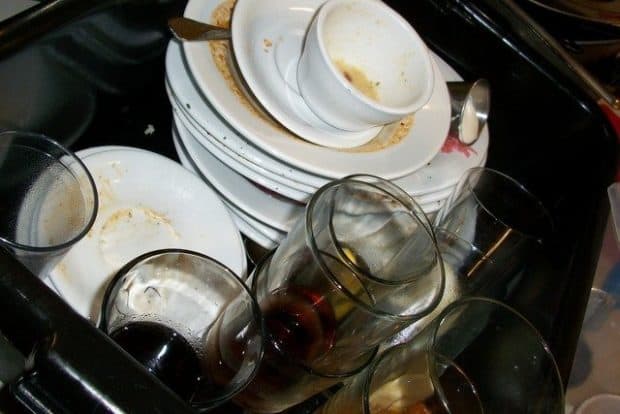 Eventually, I was promoted to a position in the “front of the house.”

I was now going to be a busboy at The Golden Dragon Chinese Restaurant; yes…another dirty job. It just wasn’t as dirty as being a dishwasher.

It was really enjoyable to work up front. I loved working where the action was…where the customers were. It was a good fit for my outgoing personality. Plus I received tips! (In cash)

A fancy-schmancy shopping mall was located a half a mile up the street from The Golden Dragon. It was called “La Place.” In addition to several very upscale retail stores, there were a couple of restaurants. One of them was very-well known at the time; Nate’s Inner Circle.

I don’t remember how it happened-or even the interview, but I was hired as a busboy there. It was kind of a big deal, as they wouldn’t hire just anyone. That’s because their clientele was demanding-to say the least. Some of the wealthiest people in Cleveland at the time (middle–late 1970’s) dined there…the movers and shakers of the business world. Then there were the celebrities. World-famous celebrities.

The Inner Circle was only two freeway exits from The Front Row Theater, which was a state-of-the-art intimate concert venue. The Front Row featured plush seating, and a round stage which rotated very slowly throughout every performance so everyone could see. It was really an amazing place. Everything…the lighting…the sound system-even the seating, was top-shelf and high-tech. And a lot of the celebrities who performed there visited The Inner Circle after their shows.

Being a busboy at a fancy restaurant was pretty rewarding. The work was hard; the tips were good. Plus I got to meet a lot of powerful people. But I wanted more.

Ray Buckantz was the GM. (He was Nate’s son) He liked me…he liked my work ethic. I asked him if I could start learning more about the restaurant business, and he was very open to it. A week or so later, he was teaching me how to do the liquor inventory. Eventually, I was ordering all of the liquor. And The Inner Circle went through a lot of it!

The Place To Be Seen

The Inner Circle bar attracted all sorts of people. There were local judges, bankers, high-powered attorneys, and lots of beautiful women. Tuesdays and Fridays were the busiest nights. That’s when area “singles” showed up in force.

During the summer months, the lit patio opened up, and the place absolutely rocked. Since I was learning about the liquor end of the restaurant business, it was only natural for Ray to place me in the bar as a “bar-back”

My job was to help the bartenders keep the place stocked, wash the glasses, and help run food. It was a blast. It suited my personality and my high-energy level. I loved the business. Ray was one of “them.” He was one of the many people who put their trust in me-and taught me about business. (Thanks, Ray.)

(I really wanted to show you a picture of The Inner Circle’s dining room. It was a special place. But no pictures came up online…I spent 45 minutes searching.)

I stayed in the restaurant business for many years.

La Place also had a Chinese Restaurant, (Ho Ho’s) and I was a busboy there, too. And the mall had a valet parking area. And-you guessed it. I worked there also. For a while, I worked those 3 jobs at the same time. I was always working. I liked working. I liked having money in my pocket. 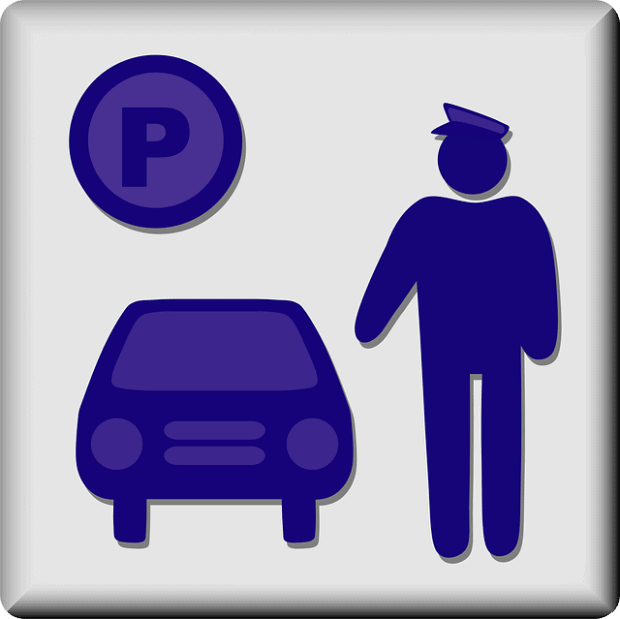 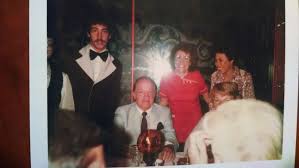 (Speaking of celebrities, when I worked at Ho Ho Chinese Restaurant, Bob Hope came in to eat after he performed at The Front Row. That’s him-and I’m on the left. Nice mustache, eh?)

I’m not going to go into detail about all of the other restaurants I worked at. I will tell you that I worked in some really classy ones. The creme of the crop in Cleveland. It was fun. The money was pretty good. I learned a lot about fine food and fine wine. (I had good teachers and supporters.)

Some of “them” included:

Because of them, I got to work in some of Cleveland’s top restaurants and I got to meet a lot of powerful people.

I was working at a restaurant called The Garland, and one evening I had the opportunity to wait on Don Rickles. You should watch the short video below that I found of Don Rickles roasting Frank Sinatra. It’s pretty funny. 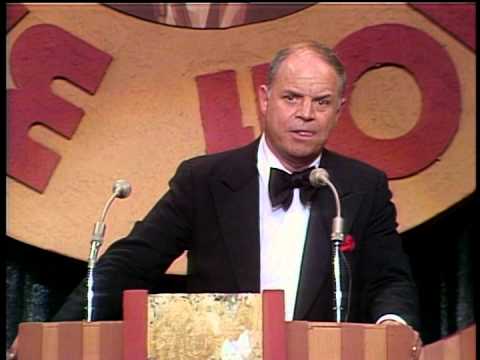 Rickles was in town performing, and he was taken to The Garland by the owner of the Cleveland Browns, Art Modell. Both of their wives were in attendance…they were very nice ladies. Mr. Rickles was a total hoot to wait on. I had a blast taking care of the table. (I had waited on Modell before. He was a pretty nice guy and a straight 20% tipper. He and Rickles were friends.)

As they were leaving the restaurant that evening, I happened to be standing by the front desk. The phone at the desk rang, and Rickles wasted no time…he picked it up! He told the person who was calling that “The restaurant was lousy and he shouldn’t waste his time dining there!” He then told the customer (who happened to be a doctor calling to make a reservation) that he was “Don Rickles,“and proceeded to hand the phone to the manager. It was one of my more memorable moments in the restaurant business.

By the early 80’s, I was deeply entrenched in the Cleveland restaurant scene. I liked the lifestyle, too. Working until midnight, partying with other restaurant people until 4-5 am…sleeping in until 2 in the afternoon-and then doing it all over again, 6 days a week. As I said, I liked that lifestyle. It suited me, and at 22 years old-what could go wrong? I was living at home, I had money in my pocket, a car, and some good friends who liked to do what I liked to do.

But something did end up going wrong. Very wrong.

(I was going to reveal what happened in this post, but I’m going to do it in Part 3 instead. This post is already too long.)