A Subway® franchise has opened up in a closed community. 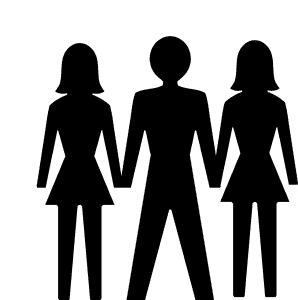 A community that believes that one wife is just not enough for today’s men.

You know about them, right?

Well, just in case you don’t know what the teachings of this Church are…I found them…just for you.

“The FLDS Church teaches the doctrine of plural marriage, which states that a man having multiple wives is ordained by God; the doctrine requires it in order for a man to receive the highest form of salvation. It is generally believed in the church that a man should have a minimum of three wives to fulfill this requirement.[74] Connected with this doctrine is patriarchal doctrine, the belief that wives are required to be subordinate to their husbands.”

And, check this out: Word is that Church leaders encourage their flock to take advantage of government assistance in the form of welfare.

Since the government recognizes only one  woman (duh!) as the legal wife of a man, the rest of his wives are considered single mothers and are eligible to receive government assistance. So, the more wives and children one has, the more welfare checks and food stamps one can receive.

Subway® is the first major franchise to ever open a location in this closed community….and, the franchisees are not even members of the Church.

Both of those facts are big news for a community that is pretty much closed to outsiders. According to this article, The Fundamentalist Church of Jesus Christ of Latter Day Saints is a religious group that’s been historically closed to outsiders and uncooperative with outside businesses and people not belonging to the polygamy-practicing FLDS faith.

This FLDS community in Utah seems to be taking a leap of faith.

What do you know about the FLDS community in Short Creek, Hildale, Utah?

Did Subway® corporate make a wise choice by opening in a polygamist community?