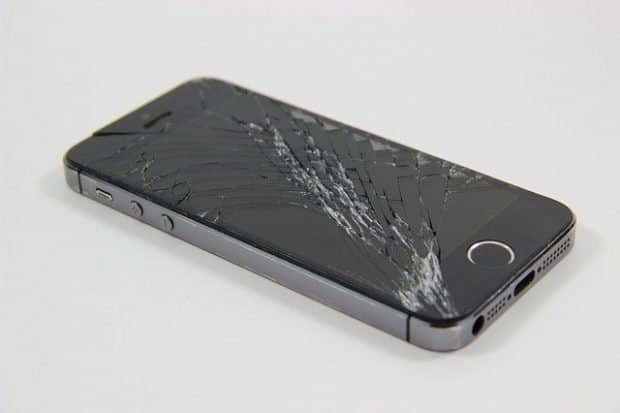 If your Smartphone breaks, whether it shatters from dropping it, you get it wet, or it just goes “kaput,” you know what happens next, right?

You Walk In, Sweating

What happens (after your Smartphone breaks) is you drive to your nearest Verizon or T-Mobile store, broken Smartphone in tow.

Then, you nervously get out of your car and walk into the cellphone store.

You approach the counter, practicing your “story” about how your Smartphone broke.

And, just when you’re about to spout your lie-Nancy asks you your name, writes it down on her clipboard, and tells you that there are “only” 5 people ahead of you-and that it shouldn’t be too long. Happy.

After 45 agonizing minutes, your name is broadcast on the store’s stadium-like P. A. system, and you explain your little “predicament.”

It goes pretty well. You’re feeling positive. Especially since the sales rep didn’t seem too concerned about the “next steps.”

“Your Smartphone is beyond repair. But, we have some good news. There’s a special promotion going on this month.

“But, I don’t have that kind of money. Can’t you just repair it?”

“We wish we could. But, your phone is dead. There’s nothing that can be done. And if you don’t have the money, all we would need is 20% down, and you can pay it monthly. That would come to a very low price of only $30.00 a month for a short 24 months. Then, you would own it!”

Wow. Just wow. Can’t you do any better?

“No. As I said, there’s a special promotion going on now, and it’s a great deal.”

All right. Give me a few moments to think about it.

(You know what happens next, right?)

There Is A Solution

As a franchisee of Kix Mobile, you can provide a replacement Xchange-Repair™ for iPhone® and Android Smartphone customers.

That means that Smartphone users who break their devices and need a replacement-can come to your store and get a refurbished device for way less money.

In other words, instead of going to their carrier and paying full price for one, they can come to you instead-and save a ton of money in the process.

But there’s more. More opportunities for income as a Kix Mobile franchise owner. 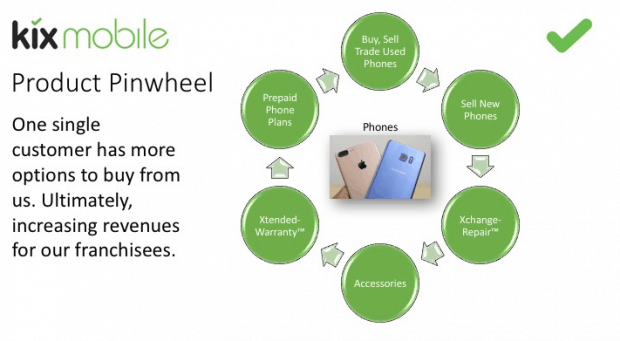 Kix Mobile: The Franchise Of The Month

The Tip Of The Iceberg
I’ve only showed you a snapshot of the Kix Mobile franchise opportunity. 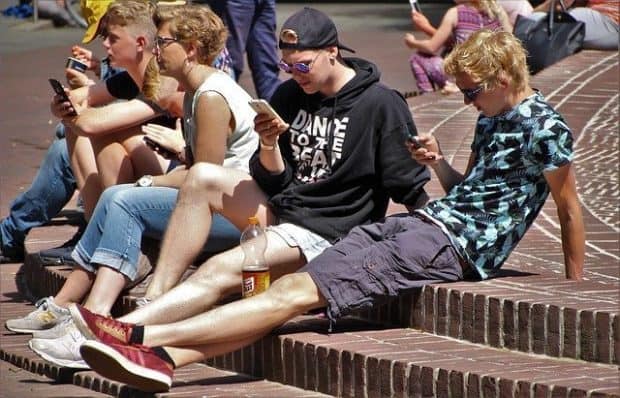 To request more information about Kix Mobile,fill-in the short form below.

Maybe you can be the first person to open a Kix Mobile franchise in your neighborhood.

Fill out my online form.

Capitalize On The Continued Growth Of Smartphones!