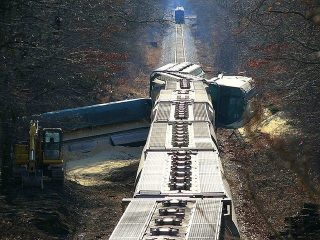 I’ve worked with people who have been derailed by well-meaning friends and relatives.

It’s not a pretty sight.

They’ve talked themselves out of the franchise opportunity they were starting to get interested in after “hearing something” from a well-meaning, but totally (or partially) unqualified family member or friend. 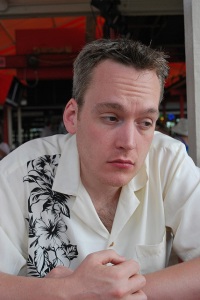 Try not to allow that to happen to you.

Scratch that: Make a commitment (right now) to ignore the naysayers.

After you’ve made that commitment, you can start doing the work.

And, don’t kid yourself; it’s going to take a lot of hard work to get this right.

But, it will  be worth it. Even if you don’t buy a franchise.

That’s right; you may not buy a franchise after you’ve done the work.

As a matter of fact, it’s really okay with me.  That’s because I’m not paid if you buy a franchise…like a franchise broker or franchise consultant is.

I’m paid to show you how to choose and research the best franchises around.

(The best franchises for you.)

It’s a lot easier than you think to get derailed by someone.

If you’ve already started your search for the best franchise around, and you’ve told some people close to you about the franchises you’ve found, you probably know what I mean.

Keep reading. I’ll give you a few examples.

Below, I’ve listed some derailments that you may have heard, or will hear…if you start looking into franchise business ownership.

“I would never buy a franchise. The franchisor makes all the money.”

“I hear that by the time you pay rent, payroll, and all the other stuff, there’s hardly anything left for you when you own a franchise.”

“Food franchises are a dime a dozen. I wouldn’t buy one.”

“With all this talk of paying workers $15 an hour, this is a terrible time to buy into a franchise.”

“I would not buy a franchise until  Obamacare  is ironed out. There are way too many unknowns.”

Franchise Business Tip: How To Not  Get Derailed

The best way to avoid the naysayers…to avoid getting derailed as you search for a franchise business you’d like to own (or at least learn about) is to keep things to yourself.

Don’t tell them what you’re doing.  Well, not specifically.

It’s perfectly alright to share (with a few people that are close to you) your plans. Buying a franchise is big. It’s a major life decision, and it’s possibly a risky one.

Here are 10 ways to lower your risk when buying a franchise.

Here’s what you should say:

“I’m thinking of becoming my own boss, and I’m going to learn about franchising and check out a few franchise opportunities. I’m not going to jump into anything. I’m just going to explore some ideas. I’ll give you some specifics if I find an opportunity that looks good.”

That’s because you just told them you’re not going to be sharing anything with them unless you find an opportunity worth sharing.

One more thing: If their reaction to what you just told them is less than positive, don’t say a word. Just do what you feel is right.

Remember, you didn’t tell them you’re going to buy a franchise.

You only told them that you’re considering it.

(Image of sad guy is from Flickr. Link is embedded)