Anyone familiar with the telephone effect understands that communication isn’t as simple as it certainly should be. Yet, in the 21st Century, word travels on a dizzying amount of mediums, making the old game whispered ear-to-ear truly child’s play compared to the challenges most franchises face daily. Although it may appear impossible to keep a complex network of people on the same page, these simple steps can help any company keep even the largest crowds a part of the inner circle. Case in point: A franchise business system.

No matter how many times that company wide email has been rewritten, it’s a safe bet that someone is going to be lost. While making clear goals seems easier said than done, consider basing objectives around the SMART rubric. If they aren’t specific, measurable, achievable, relevant, and time-bound, then personal interpretation will get the better of the team, leaving everyone in the franchise business working in different directions rather than cooperatively.


Building goals around all five pillars may prove difficult in the beginning, but avoid cutting corners on measurability. Franchise objectives aren’t just for drawing a finish line, but for understanding specific weaknesses when someone falls short. Without a way of measuring success and failure, it becomes a political game when deciding how to improve rather than an analytical one. 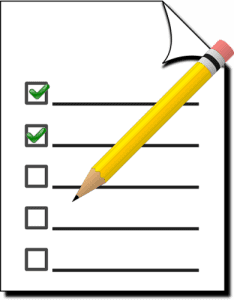 Be As Consistent As Possible

Consistency is becoming an increasing problem in a world that has new trends practically popping up overnight. Although effective change keeps franchises relevant, nobody wants to visit a business that can’t decide what it wants or how it plans to accomplish it.

As franchises are perhaps the most difficult business models to enact comprehensive change, remember to give new policies a realistic time table to see results rather than assuming ideas failed and creating even more ripples in the water. Each piece of the company has different challenges to meet with an inconsistent amount of resources meet them, meaning each new policy or goal is like turning a cruise liner rather than a speed boat.

If rapid change is simply the nature of your business, consider taking smarter approaches such as interval based updates or test groups. Unavoidable changes should be enacted in consistent cycles in the same way that major tech corporations release new devices the same time each year. Experimental change should be tested in small areas of the franchise business before being taken company wide in order to avoid obvious mistakes and long cleanup in the event of failure.

Remember that change in itself can be consistent if it’s expected.

One of the most important aspects of communication is listening. If the decision makers are doing all the talking, it’s a given fact that they aren’t learning anything from the people experiencing the problems first hand. Decisions at the top need to be a reflection of the people acting as the eyes and ears of the company, reducing risk of internal rejection or obvious conflicts.

Listening also means taking the bad with the good. Nurture an open and honest culture within all ranks. Plenty of executives have made the mistake of believing choreographed responses that self perpetuate bad policies rather than allowing employees to freely give their opinions without fear of punitive action. The better that all parties involved are listening and engaging in a sincere dialogue, the stronger a company will be in the end.

Take warning signs of bad communication seriously regardless of your industry. Although confusion among the ranks may seem like the worst that can happen, it actually becomes the tip of the iceberg as chaos turns to corruption in many businesses. Strong lines of communication lead to running a tight ship, which creates a fertile space for innovation, flexibility, and a final product that any customer can rally around.

Megan Ritter is a business journalist, entrepreneur, and tech enthusiast. In addition to discussing the role of communications in a franchise, her writing also covers internal and external business communication management, social media and marketing, and the impact of globalization. You may find more of her writing here.

Wait! Please Share This Before You Go!
4Shares
Note: When you buy through links on our site, we may earn an affiliate commission.