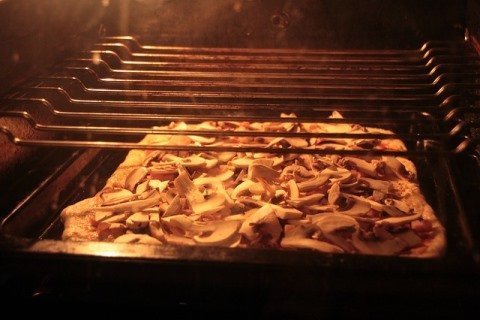 Did you know that there are pizza franchises for sale that use coal-fired ovens? Obviously, the owners don’t really care about the environment.

It’s a little hard to believe, considering the fact that an entire franchise category has been created around a certain color. Consumers today are much more concerned about our environment these days, and small business owners really need to be aware of that fact. Except that this small business owner could be missing that boat…

Let’s give a warm welcome to Anthony Russo, the owner of Russo’s Coal-Fired Italian Kitchen franchise.

I haven’t had a chance to interview Mr Russo, so in fairness, I don’t know where he stands on environmental issues. Maybe he’s a real, “save-the-whales” kind of guy.  (If you know Anthony, can you let me know how he feels about whales and other green issues in the comments?) And, I’m not really that mad at him for insisting on using coal-fired ovens in his franchises. However, I do think it’s newsworthy, considering the fact that things seem to be getting warmer around here. (The earth’s temperatures)

And, I haven’t tasted his pizza. I know that Barry Benjamin, a great friend of mine, who happens to be focused on all things green, wouldn’t buy a pizza from one of Mr. Russo’s restaurants. (Barry was the photographer who took the picture that’s located on the inside flap of this start-up franchise business book)

I don’t think that Doreen would either. Jim might, though.

Until I started to get passionate about our environment, I really didn’t know about coal, and how much it negatively impacts the earth.

“According to the Natural Resources Defense Council, coal-fired power plants are the largest US source of carbon dioxide pollution, emitting 2.5 billion tons per year. Carbon dioxide is one of the main ‘greenhouse gases’ that trap heat in the Earth’s atmosphere, causing the planet’s temperature to rise, melting glaciers, raising sea levels, altering ecosystems, and triggering increased severity of weather events like hurricanes.”  From GreenAmerica.org

I’ve heard several mentions of “clean coal,” but several articles that turned up in a 5-minute search on Google didn’t convince me that there was such a thing. On the contrary,  Mary Anne Hitt, wrote this last month over at The Huffington Post;

“This week we’re celebrating as more utilities are recognizing that coal is dirty and expensive, and are deciding to make the switch to clean energy.”  Hitt was referring to power companies in Michigan and Wisconsin making a commitment to stop burning coal; they’re making investments in low-cost clean energy. 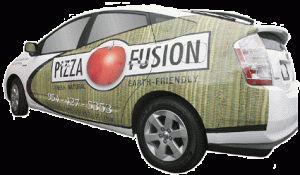 Speaking of pizza franchises, when I learned that Pizza Fusion was using Toyota Prius’s as delivery vehicles, I got pretty excited. Hopefully, someone in my market will invest in one or two Pizza Fusion franchises. I want to taste an organic pizza!

I don’t.  I was just wondering…

But what is healthy(er) is Naked Pizza.

Mark Cuban gave the founder’s of this environmentally-friendly pizza franchise an infusion of cash to help them take things to next level, and they have. The buzzword at Naked Pizza is “probiotic.”  Probiotics have nothing to do with coal. They have to do with the little things that float around in things like yogurt; they’re live microorganisms. Read about them on the Naked Pizza website. They’re good for you.

And, Naked Pizza franchises are selling*.

“In 2010, the company had plans to open 1,000 stores by 2015, but locations started closing faster than new ones could open. The healthy pizza company grew too big too fast and eventually closed over 15 locations. Over the last year, a few additional franchise locations closed, bringing the current number of stores in the United States to 11 and six internationally.”

Read the rest of the story. I’m curious; does this topic matter to you? Would you eat a pizza from any of Anthony Russo’s franchises?

Or, would you go the organic route? What are your feelings about coal-fired pizza franchise chains?

Is a green franchise in your future?

Work with me, and I’ll show you where to find one, and then I’ll teach you how to do incredible franchise research.