(This is a guest post from Rohit Arora, who’s the co-founder and CEO of Biz2Credit.) 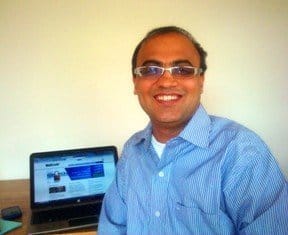 Although the Treasury Department announced the approval of funding to generate $3.6 billion in lending to small business, loans are far from easy to attain.  While credit became more accessible in July 2011, approval rates are still low for entrepreneurs seeking capital to launch and grow their businesses.

According to the latest Biz2Credit Small Business Lending Index, an analysis of 1,000 loan applications on Biz2credit during the month of July 2011, loan approval rates are still less than 10% (9.8% in July, up from 8.9% in June) at big banks, which are categorized as institutions with $10 billion+ in assets.  Meanwhile, loan approvals by smaller banks are still well below 50% (44.9% in July, up from 42.5 % in June).

Under the SSBCI, all states are offered the opportunity to apply for federal funds for state-run programs that partner with private lenders and investors to increase the amount of credit available to small businesses. States must demonstrate a reasonable expectation that every $1 in federal grants will result in $10 in new private lending.  This is a big expectation and may not be realistic.

Additionally, the Small Business Lending Fund, a $30 billion asset pool also established by the Small Business Jobs Act of 2010, recently announced $418 million in funding for 37 community banks, raising the total to 80 community banks overall that have collectively received more than $1 billion.  The amount is far short of the $30 billion that was made available, but these banks will presumable start lending money to small businesses, which generate up to two-thirds of the new jobs created in America.

The stock market’s wild August ride is not likely to help small businesses seeking startup capital.  When markets are so volatile, lenders become more stringent and less likely to approve loans.  This trickles down to the borrowers themselves.  The Federal Reserve Bank of New York’s poll of small businesses — typically defined as companies with fewer than 10 employees and less than $5 million in annual revenues — found that more than a quarter of respondents said they did not apply for funding because of fear of rejection.  Similarly, Biz2Credit Small Business Lending Index reported that the perception among small business owners that they were unlikely to get loans and that the process takes too long was one of the top reasons why they have not received funding.

While President Obama is on vacation in Martha’s Vineyard, he and his team will undoubtedly be exploring ideas to kick-start the stagnant U.S. economy.  Among the initiatives he will likely push hard in September is the extension of the payroll tax cut and additional funding for transportation projects.  These are steps in the right direction.  Encouragement of entrepreneurship is a proven way to bring the U.S. out of its sluggish economy and spur growth.  This is money better spent than simply extending unemployment benefits to the 9.1 percent of Americans who still haven’t found work.  Investing in infrastructure and innovation is necessary to move forward in the right direction.
(A frequently quoted expert on small business lending, Rohit Arora is co-founder and CEO of Biz2Credit (www.biz2credit.com),which connects small business owners with 400 lenders, credit rating agencies and service providers via its safe online platform.  Since 2007, Biz2Credit has secured $400 million in funding for small businesses across the U.S.)