If you’ve recently subscribed here, or have recently found me because you’ve purchased my franchise book, welcome. If you’re a more seasoned follower of mine, thanks a lot for hanging out here. I really appreciate it.

I love teaching others about franchise ownership. Whether it’s in a classroom setting at a local college, at a public seminar, or through the franchise business content that I provide here and several other places, it’s really enjoyable for me. (And I really try to make it enjoyable for those that are participating.) 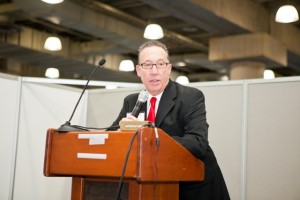 A couple of years ago, I taught a class on franchise business ownership at Cleveland Corporate College. Before the class, the director of the Entrepreneurship program there pulled me aside and told me that a couple of board members from an area non-profit were going to be in the class. I thought that to be a bit strange; why would a non-profit want to learn about franchising? Werd.

The non-profit was SAW Inc. I had never heard of them.

Their representatives introduced themselves after the class, and told me that they were very interested in exploring franchise ownership. Here’s what SAW does;

“SAW is one of the largest employers of persons with developmental disabilities in Ohio. For 40 years, SAW has been a reliable staffing and outsourcing resource for some of the largest companies in northeast Ohio.”

They were hoping to find a franchise business that their employees could participate in, and at the same time, add revenue to their non-profit. (As you probably know, donations have been on a pretty steady decline for most non-profits and charity organizations.) They wanted me to help them come up with a few ideas.

I did, and it’s turned out so well, they just opened up their 2nd franchise location.

I was able to be a part of the Grand Opening ceremony in 2009 for their 1st franchise, and there was a local TV crew in attendance.

If you’d like to see what franchise business they opened up, and the impact it’s made for some very worthy and grateful employees, watch the short video here titled, “Parma Ohio Just a Buck in The News.”

Of all the things that I’ve been able to be a part of in franchising, this one tops the list, and probably always will.