You are here: Home / books / How To Be A Rock Star In All Things Finance
Follow @FranchiseKing

Nicole Fende must of had a blast writing her finance book. She manages to make what lots of people consider to be a super-boring topic-fun. And, that is quite a feat.

She did have some help, though. Meet Fluffy… 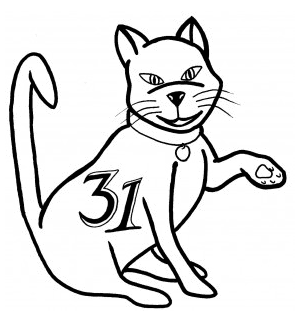 According to Nicole, who wrote, “How To Be A Finance Rock Star” mascots are important.

She writes, “A Mascot is a touch point, a rallying point and a cheerleader. Who wouldn’t want one?”

Now, take a minute, grab a Free Chapter of Nicole’s book, and then pop back here.

Track Your Expenses Or Else

There are several things that potential franchise business owners don’t know. One of them has to do with expenses, and Nicole makes sure that anyone thinking of becoming a small business owner knows how important it is to track them. And, most people who are in the middle of their franchise search, aren’t thinking about tracking anything. They just want to find the right opportunity.

If I’m describing you…the person that’s looking for a franchise to buy, I encourage you to take a step back for a bit.  That’s because of Chapter 7 in Nicole Fende’s book.

“Did you know that for every dollar of expenses you don’t track, you’re losing$1.35?”

“When you perform work for a client, or produce a product for a customer, you incur certain expenses. Let’s say that you have to buy a Superstar Widget for $10. Aren’t you going to include that cost in the price you charge your client/customer?”

“If you don’t (and why wouldn’t you), you’re spending money that should go into your personal bank account for a client’s or customers expense. If you don’t record the expense, you can’t ensure you bill the client for it.”

To further explain this, Nicole gives an example of when you’ve worked for someone in the past, and you were asked to make a stop and purchase something for them-out of your own pocket. You got reimbursed, right? You have to make sure that you do the same thing, internally, in your own business.

Here’s the deal, according to Nicole…

If you don’t record your expenses…the cost of producing and selling your product or service, everything you take in is considered income. In other words, if you take in $250,000, and don’t subtract your expenses from that figure, you’re going to be taxed on the entire $250,000!

For every dollar of business income, you have to pay self-employment taxes and Medicare. That adds up to around 15 cents. Then you have to pay around 20% out of every  dollar on earned income between state and federal taxes.

Now, do you want to pay that 35 cents on the entire dollar, or would you rather pay it on a lesser amount…after your expenses have been taken out of that dollar?

“How To Be A Finance Rock Star” really makes learning how to do the back-end business stuff, bookkeeping etc. fun.

If you have a fear of numbers…a fear of not knowing what to do in the days and weeks after you open the doors to your new business, get this book.

You’ll also avoid what Nicole calls, “The Profit Black Holes” – so you can have a real chance at being a very successful small business owner.