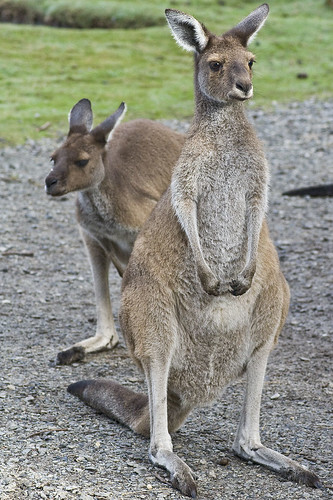 Don’t freak out; it’s not a kangaroo farm franchise!

An Australian franchisor has decided to hop over to the USA, and expand their franchise concept.

G.J. Gardner Homes started franchising 16 years ago in Australia. “The company felt that in order to grow internationally, each area office has to have a vested owner,” according to Greg Dettwiler, who runs their California operation. The corporation’s M.O. in the U.S. is to establish a master franchise in each state to which other franchises in the state report.

The company provides marketing and training support (it has a training center in Los Angeles), for which it takes a 1% royalty fee on the value of each building contract. A franchisee takes a minimum equity position of $100,000, and further investment depends on how quickly the franchisee wants to grow.

The company has built more than 30,000 homes worldwide over the past 25 years, and has more than 100 franchises in Australia, New Zealand, the U.S, Europe, and South Africa. Last year, its franchisees built and sold around 3,000 homes, whose average price was roughly US$250,000 but ranged from 900-square-foot homes selling for under $100,000 to 12,000-square-foot homes priced at more than $3 million.

Read more about this franchise concept over at Builder Online