If you’re a current franchise owner, why are you working so hard? What’s your reason? Is it a short-term reason, or a long-term one? Do you have any idea what I’m really asking?

I’ll try asking you this question another way;

Do you have a plan?

What I’m really asking is this; what’s your long-term objective? If you’re willing to work 12-hour days, there must be a reason for it? Right?

If that happens to be your reason, it’s not a real good one.

The reason is that I read my friend John Warrillow’s new book, “Built To Sell.” It really got me thinking. You’ll be forced to think after reading it, too. Especially if you’re the owner of a small business-franchise or not.

John’s book struck a strong nerve with me, but it’s probably because I’m in a unique situation. I’m a one-man show…I’m a solopreneur. I’m a Joel of all trades. (Sometimes I even like it!)

The first sentence of the preface pissed me off.

“This book is about how to create a business that can thrive without you.”

I have no plan. When I get my franchise advisory business to where I want it to be, who the hell is going to buy it, when I want to move to the beaches of North Carolina, or Fiji, or any other area that’s within walking distance of blue water?

What do I have to sell, when I’m the business?

So, my question to you is this; if you’re a one-person business, what do you have to sell?

John’s book features Alex Stapelton, the imaginary owner of an advertising agency. In Alex’s case, he has a few employees, but he’s The Guy; he’s the one that makes the deals and keeps things going. The question John asks, (through Alex’s story) is this;

If you’re the business, how the heck are you going to be able to sell it?

If you’re the owner of a franchise business, and you’re working really, really hard, have you thought about your exit strategy? If you’re the primary driver of the business, how will you be able to replace you, so that you have something other than you to sell?

John has done an amazing job with this book. By using an imaginary small business owner, he’s effectively taken himself out of the book, and instead, has brought in an imaginary character that makes the book hard to put down. (I read it in two nights.)

If you’re a small business owner, or are thinking about becoming one, this is a must-read book. An exit strategy needs to be part of your plan. “Built To Sell” will help you come up with it.

Go to www.builttosell.com, and read a sample chapter. 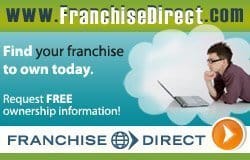