The Franchise King’s Crown is one of the most talked-about subjects in all of franchising.  It’s origin is a highly-guarded secret; rumor has it that The Crown’s original documentation is held in one of  the many super-secret vaults in The Franchise King’s castle. 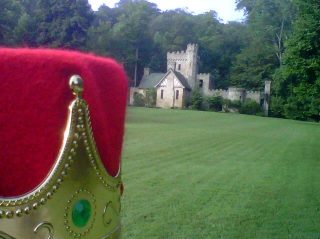 (Rare photo of The Crown with the castle in the background. Circa 2008.)

The bright-red Crown, with it’s ornate one of a kind markings, is said to have certain powers. As a matter of fact, The Crown is so powerful, The Franchise King® won’t allow it to stay on his head for more than 30 seconds at a time.  That’s because of what happened during the first week he took possession of it.

The Franchise King® first started noticing this symptom about 5 minutes after he was Crowned The Franchise King®.  He told one of his suitors about it, but the suitor encouraged him to keep it on. Then it started happening; the massive hall he was being Crowned in started Spinning. He kind of freaked out, and started spewing weird things out of his mouth. Like;

“Franchising is the safest investment out there.”

“You can’t lose in a franchise business.”

“More than 90% of all franchise business are still in business after 5 years.”

“Hot franchises are the best ones to buy!”

“There really are thousands of franchise experts in the US.”

Funny thing is, the moment he took The Crown off, not only did The Spinning go away, but The Spinning went away.

The Franchise King® would never say the things he said-all of that Spin about franchise success rates, etc. It was obviously The Crown that was causing him to Spin-both physically and verbally. He knew in his heart that he couldn’t wear The Crown for more than a minute or so-ever again. He hated Spin; he had experienced it first-hand when he was a franchisee in a certain franchise brokerage franchise, and never wanted to feel it again. 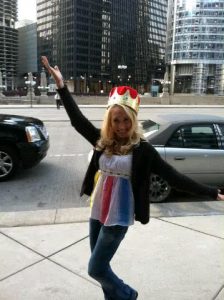 (The Crown is a chick magnet. That’s Laura Petrolino.) 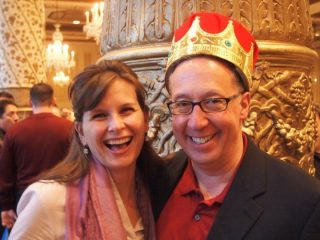 (Gini Dietrich of Spin Sucks fame, and The Franchise King®) 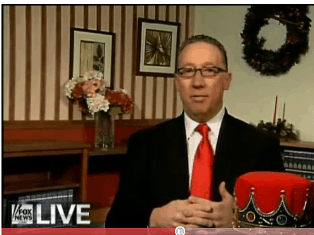 (The Franchise King® on Fox Business.)

Finally, here’s an exclusive look at The Franchise King® getting a little trim. Around The Crown. 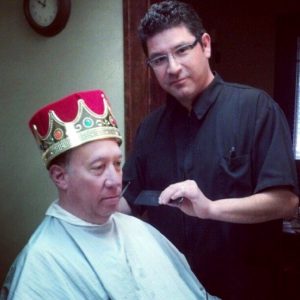 (The Franchise King and Alex Quintana, the Kingdom’s official barber.)

If you don’t want Spin, you’re at the right franchise website.