You are here: Home / franchise brands / A Real Jackpot I’d much rather win a jackpot than get into one.

Do you remember how you felt when you said something or did something that you later regretted?

Part of my recent keynote speech at the Franchise Brokers Association Conference included my take on “The State of The Franchise Industry.”

I talked about things like the still-challenging franchise loan environment, trends in franchise lead-generation, and transparency in our industry.

And, this is where I got into a jackpot.

I should have walked.


What I mean is that I should have spent some time walking around the entire exhibitor area at the Embassy Suites Hotel in Orlando, where the FBA Conference was taking place. Well over 50 different franchise companies were displaying their wares, and I didn’t really look around until the final day of the convention.

Conferences like the one I spoke at always have franchisors in attendance; it’s a great way for them to showcase their concepts to franchise brokers from all over the US and Canada.

And, if my memory serves me correctly, I asked someone at the conference if there was a frozen yogurt franchisor there.

I think he told me that there was a food franchise there that “included” frozen yogurt in their offering, or something to that effect.

In hindsight, I should have found out more.

Maybe I should have gone out on a ledge…and actually walked over to their display table to see what they did offer.

When I got to the “Oversaturation” part of my speech, I said the following;

“If one more person calls me about their brand-new frozen yogurt franchise idea, I think that my head’s going to spin off.”

I was referring to the numerous calls and emails that I get from people who want to turn their current independent frozen yogurt store into a franchise.

The people that call me all say pretty much the same thing-and I shared as much with my audience. Like:

“Our frozen yogurt is the best because we use only the freshest ingredients.”

“We are committed to only using organic ingredients in our yogurt”

What The Audience Heard

Some of the people in attendance heard me say something completely different about the yogurt franchise sector.

And, it’s safe to assume that Lory Meyerson, the VP of Franchise Development at YoBlendz, really did.

What a lot of people “heard” me say…including Lory, I would imagine, was this:

“There are way too many frozen yogurt franchises!”

Not good. Especially if you happen to be exhibiting…showcasing, your frozen yogurt franchise opportunity.

Some Amends Are Needed

I should have used another example of oversaturation in franchising.

And, if Stan Friedman, a gentleman that is highly respected in our industry, didn’t tell me that what I said really hurt you, and that you were pretty angry about it, I probably wouldn’t have known.

I hope that you accept my apology. (And, I’m glad we got to talk a little.)

And, if I offended anyone else at the convention, I’m sorry.

YoBlendz is a cutting edge self-serve yogurt franchise offering that does serve the freshest yogurt. And, it’s made with live and active cultures. In addition, customers can add a huge variety of unique toppings.

YoBlendz empowers yogurt-lovers to “make yourself happy” with self-serve franchises that blend nature’s best with all the rest.

YoBlendz- as a franchise concept, is innovative and most importantly fun, giving customers the chance to make themselves happy by customizing their frozen yogurt masterpiece.

YoBlendz prides itself in the simplicity to train management to run and operate locations. Most employees at the assistant management level are able to run a store without the need of a General Manager due to several automated systems.

Lots of people are looking for semi-absentee franchises.

And, they’re aren’t too many of them around. 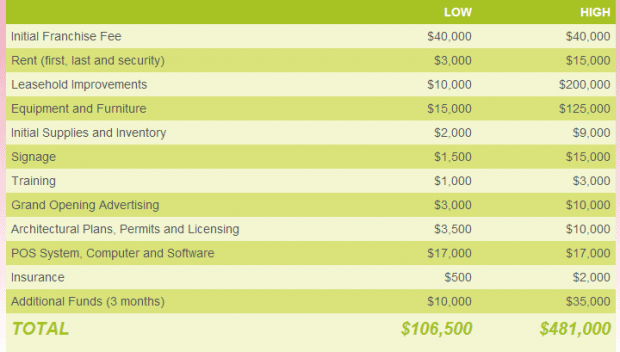 If you’ve been looking at food franchises-consider adding this one to the mix. 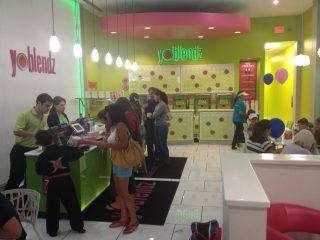