What Is A Franchise Ownership Advisor?

A franchise ownership advisor…The Franchise King®, provides 1-on-1 advice to those looking to buy a franchise. 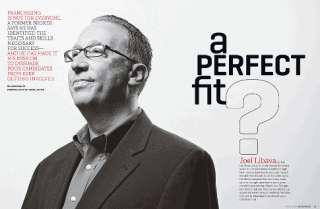 (Joel was featured in Entrepreneur® magazine)

Joel’s a franchise industry insider. He’ll take you behind franchising’s closed doors and show you how to separate fact from fiction concerning the franchise (s) that you’re interested in. He’ll teach you powerful franchise research techniques. He’ll show you how to get franchisees to talk…to reveal how much money they’re making.

If you’re just starting your search for a franchise, Joel will teach you how to match your business skills and unique personal traits to franchise opportunities that could be a nice fit for what you bring to the table.

“We first met Joel Libava after leaving the corporate world almost 12 years ago. We knew from the start that Joel was genuinely interested in helping us find an endeavor that would support the lifestyle we were looking for. We liked his process, and he was supportive and very professional. We are very happy with the success of our growing business, and often think back to those early, important discussions with Joel.”

Warning! Be careful about the word “coach,” I used up above. Read why now

No matter where you’re at in the franchise buying (or investigating) process, Joel Libava will help you figure things out.

Important: Don’t confuse what Joel does with what franchise “consultants,” and franchise “brokers” do. The difference is like night and day. Or like cats and dogs. Or like salespeople and non-salespeople. 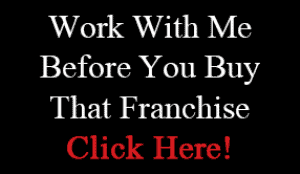 Currently, there are 3,000+ different franchises being offered. That means that consultants and brokers are only working with a small percentage of opportunities.

These franchisors expect the consultants and brokers to send candidates (like you) to them so they can sell their franchise opportunity. If that happens, the consultant/broker receives a commission-a percentage (usually 40%-50%) of the up-front franchise fee* that the candidate pays.

That’s why franchise consultants and brokers offer “Free Franchise Consulting.” Their commissions are lucrative enough for them to offer their services for free.

“Deciding to purchase a franchise is a huge decision and the key to making the right decision is doing the proper research. I tried to do that research on my own and I while I learned a lot, I knew I didn’t have enough information. What’s worse, I didn’t know the right questions to ask. Then I met Joel Libava. He’s truly an expert in this field. If you are thinking of franchising, don’t do anything until you have talked to Joel.” – Susan K., Chicago, Illinois

The Franchise King®, Joel Libava, does not work for franchisors; they’re not his clients.

That’s why he can offer franchise ownership advice that’s unbiased.

Joel’s paid for his expertise; not his sales skills. But wait; it gets even better. 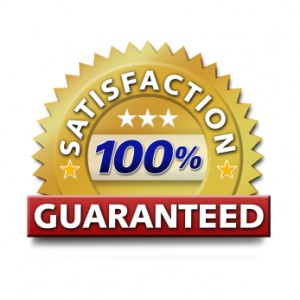 If during the first 15 minutes of our 1st phone or Skype franchise ownership advisory call, you don’t feel that you’ll benefit from his advisory services, Joel will promptly refund your money. That’s how confident he is about his ability to properly guide you through the entire franchise ownership exploration and buying process-just like he has for numerous other people.

Take the guesswork out of purchasing a franchise. Work with Joel. You’ll rest easier knowing that you got advice from a franchise industry expert whose sole focus is on protecting your interests.