I’ve been a rabid user-and a rabid fan of social media for years…almost since it started.

I was recently interviewed by Rich Brooks, who runs The Marketing Agents Podcast. We talked a lot about social media, and how the franchise industry uses it. Here’s one of the questions I was asked:

Rich Brooks: “Should people running a franchise be thinking about social media and marketing any differently than a small business would?”

Me: “There is a difference because for the most part franchisors are really really helping things along with social media for their franchisees. Franchisees need to be aware of it, but I don’t expect franchisees to set up a blog, write a blog post, and be on Twitter and Facebook all day because they don’t have time. Franchisors really need to get that thing going and help the franchisees along.”

Listen to the podcast here.

I have a few Facebook Pages. I’m on LinkedIn. StumbleUpon. Google+.

I use them all. Sometimes I try the new ones…it just depends on how much time I have.

Pinterest has become one of the most popular social media platforms.

“In February 2013, Reuters and ComScore stated that Pinterest had 48.7 million users globally. A study released in July 2013 by French social media agency Semiocast revealed the website had 70 million users worldwide.”

According to my friend, and Pinterest expert Cynthia Sanchez, more and more businesses-including franchises, are using Pinterest. 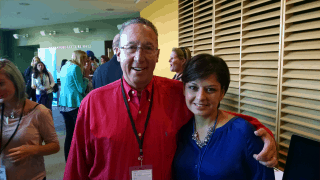 “Globally, the site is most popular with women. In 2012, a report found that 83% of the global users were women.] Britain, however, is an exception. As of March 2012, 56% of the users were male and their age profile was different too, being about 10 years younger than in the U.S., where the predominant age range was typically 35-44. In terms of age distribution, the Pinterest demographic closely resembles the U.S. Internet population.”

As you can see, Pinterest is big. Do you use it?

I do. Take a look at one of my Pinterest Boards on franchising.  I think you’ll find it to be useful.