You are here: Home / Food and Drink Franchises / Franchise Owners: Please Don’t Make Your Employees Jump Through Hoops To Get Paid 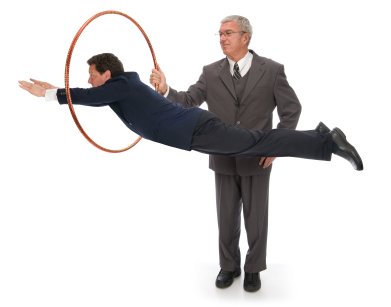 I wasn’t going to write about it.

But, I can’t stop thinking about it.

Why do Albert and Carol Mueller, franchisees of this chain, insist on paying their hourly employees with a debit card?


And, the debit card they’re using? It’s special. It (allegedly) comes with several built-in fees…built-in profit centers if you ask me, for the bank that issued the debit card, the franchisees, or both.

Now, profit isn’t a dirty word; every business should make money. But, not like this.

When did paychecks suddenly become obsolete?

It’s been reported that a former McDonald’s worker in Pennsylvania is suing a franchiser owner saying she was required to receive her wages through a debit card that charged fees. According to the lawsuit, these fees resulted in some hourly employees receiving less than minimum wage.

Natalie Gunshannon, a single mother, 27, said she and several other workers were paid through a JP Morgan Chase Payroll Card, which has a $1.50 fee for ATM withdrawals, a $10 inactivity fee after 90 days, and a 75 cent online payment fee per transaction and other fees.

The class-action lawsuit states that Gunshannon and an untold number of current and former employees had no option to receive a traditional paycheck or to even get paid by direct deposit.

According to Citizenvoice.com, Gunshannon said the manager of the Shavertown, Pa. location refused to issue her a paper paycheck or pay via direct deposit, saying, “We only pay on the card.” An executive working for the Muellers, she said, gave her an ultimatum: “If you don’t activate the card, there is no way for us to pay you. You can activate the card or we can’t pay you.”

What Was The Incentive?

Why would franchisees like the Mueller’s, who own several McDonald’s locations in Pa. want to issue their weekly payroll via plastic debit cards?

Was there something in it for them? Did the Mueller’s get a piece of the pie?

What was the win here? Who was (is) the beneficiary?

I certainly don’t think that it’s the employees.

Unless jumping through hoops to get paid can be considered a job perk.

Our friends at ReadSmartly just came up with a really “smart” idea for entrepreneurs. They give you the best ideas from the top business books every week.

This way, you know what everyone is talking about when they say “Blue Ocean Strategy”, “LTV” or “Permission Marketing.” You can try it out for free! And if you like it, you can get 40% off with this special promo code: FRANCHISEKING