21,360 franchise jobs added looks like a pretty good number. But, according to Ahu Yildirmaz, VP and head of the ADP Research Institute, this job growth was slightly below the twelve-month average in August. On a positive note, she said it was better than July.

So, are things looking up?

Just In: Employers added just 142,000 jobs last month, sharply lower than the 225,000 economists were anticipating and the smallest monthly gain of 2014. The unemployment rate, which is drawn from a different survey of households, dropped from 6.2% to 6.1%.

So, things are a bit mixed, just like the ADP Franchise Report showed.

The past few years have been pretty choppy, that’s for sure. Hopefully, there will be some 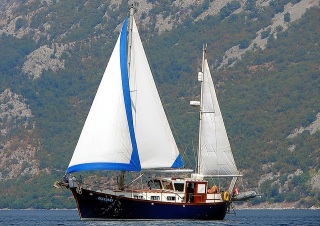 What do you think? Are things choppy in your  area of business? Are they choppy…or smooth in your area of the country?

Are you thinking of buying a franchise this year? Or, are you going to wait for things to smooth out a bit more?

Take a look at this ADP infographic which shows the 21,360 jobs added in August:

The ADP National Franchise Report, the first and only report of its kind, is a monthly measure of the change in total U.S. nonfarm private franchise employment derived from actual, anonymous payroll data of client companies served by ADP®, a leading provider of human capital management solutions. The matched sample used to develop the ADP National Franchise Report is derived from ADP payroll data, which represents 15,000 Franchisors and Franchisees employing nearly one million workers in the U.S.