Buying a franchise is a big deal. Heck, being your own boss is a big deal, too.
(I speak from experience as you’ll soon see.)

Are you nervous? Are you afraid of losing your money if you buy the wrong franchise? Good! You should be. It doesn’t mean you will lose your money with a franchise, but just knowing it’s possible to fail as the owner of one is worth its weight in gold, because it will help you do things slow and steady. So you can reduce your risk. How does that sound?

Fact: Everything you need to know about finding, choosing, researching, and buying a franchise can be found on this website. Everything.

But before you take advantage of the information I provide, you need to learn about me. You may or may not like my style…my always brutal honesty. The way I disclose things. My sense of humor. My Crown. Here goes.

I educate and advise people on the smart way to choose, research and buy profitable franchises, become the boss, and live their dreams.

I’m the author of, “Become a Franchise Owner! The Start-Up Guide to Lowering Risk, Making Money, And Owning What You Do.”

I used to be embarrassed about my career. To this day, I can’t name all the different places I worked over the years. I can name most of the job titles, however…

I may have missed a few; I’m not quite sure. The point is that although I was successful in most of my positions, I always wanted more. (I also put my two cents in on a consistent basis-I always had ideas on how to grow the businesses I worked in.)

And I definitely wanted more control in whatever it was I was doing.


My Last Job And My New Career

My last official, “job” was so dysfunctional, it still hurts my brain to even think about what transpired at the automotive franchise I was employed at. 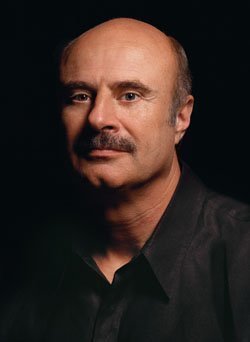 Heck, Dr. Phil could have brought his entire crew in to tape a full week of episodes without even scratching the surface of all the sickness that was taking place at the automotive franchise that I was attempting to manage. It was bad. After I got downsized, (fired) from that job, I set my GPS on “No Idea Where The Hell I’m Going,” and somehow landed in my Dad’s franchise consulting business.

Now, I didn’t wake up one morning saying to myself, “I want to work with my Dad and be the part-owner of his franchise business.” But, before I joined him, I did wake up every morning with the thought that things did have to change. I ended up taking over my Dad’s franchise consulting business, and during the next 10 years, I succeeded in helping a lot of people start their own franchise businesses in my role as a franchise consultant*.

*A franchise consultant is just a classier name for a franchise broker. It’s someone who gets paid by the franchisor.

If you’d like to hear my story-and get several very useful tips on franchising, I was just interviewed by BusinessTown.com via video.Look!

In 2001, I started to get interested in the internet. It was still relatively young, but it was getting harder and harder to ignore. I had just heard about something called, “email,” but I didn’t really know what it was. (My wife had already starting using email by then; but it was only an internal communications tool-she used it at work.) My dad had email installed on his computer in our office, so I started fiddling around with it-and eventually learned how to use it.

But, I had to be very patient. That’s because it took 15-20 minutes for my dad’s PC to connect to the internet via a dial-up connection. Anyway, after I mastered email, I started learning about websites and blogs. Especially blogs. Funny thing was nobody was writing about franchising. There weren’t any franchise blogs. I felt that starting a blog that was totally focused on franchising-on franchise ownership, specifically, would be a great thing to do. Plus, I felt that I’d be able to establish myself as a credible person-an expert actually, on franchising. But, was I ready to start writing?

His topics ranged from cool new technology to Cleveland politics. George had a lot say and he said it well. I got to know him a bit, and I asked him if we could meet for coffee. During our meeting, I shared my desire to start a blog on franchising with him. He told me how to go about it, and encouraged me to go for it. I did. (Thanks, George!) George ended up becoming one of biggest supporters, and he introduced me to a lot of up and comers in the Cleveland business community.

I Started Getting Known

One day, as I was walking into a rather large business conference, someone shouted from across the hall, “Hey! It’s The Franchise King!”

That someone was Tom Sudow, who at the time was the Executive Director of the largest Chamber of Commerce in Ohio-The Beachwood Chamber. Tom knew me, and was starting to refer people that wanted to start businesses in our area to me. (Thanks, Tom.) Well, the name stuck, and Jim Kukral, an internet marketing guru in my neighborhood who I had befriended (Thank you again, George), told me in no uncertain terms that “The Franchise King” was a great name, and that I needed to get it registered at the US Patent Office immediately. So, I did. (Thanks, Jim.) That’s how I got to be called The Franchise King®. Exciting, huh? Hey…I do own 3 different crowns now. (My favorite crown tends to get stolen a lot)

Royal Red is the color I use for branding purposes. You’ll see it a lot. Including on my social media stream.

I’m most proud of The Franchise King Blog, though. It’s been a serious door-opener for me. And, it’s won some cool awards. And, it’s probably how Anita Campbell, a renowned small business expert, found me. She put out a call for small business experts who could write-for her growing website, Small Business Trends. I read what she wrote, and immediately proceeded to talk myself out of contacting her to write about franchising. I didn’t feel that I was good enough yet. Turns out that it didn’t matter how I felt about my abilities, because Anita sought me out. I ended up contributing regularly for a few years. “Joel is the consummate professional and a joy to work with. In reading Joel’s excellent articles that he contributes as an expert on the site, I can tell that he knows what he’s talking about. His counsel is informed, practical and in his clients’ best interests. ”

Writing for Small Business Trends brought me some much-needed exposure, and soon I was getting approached by other web publishers who wanted me to write about franchising for them, too.

One of them turned out to be a website owned and operated by the United States Government.

And, many, many  others. See for yourself.

In 2011, I received an email from an editor over at Wiley Publishing. One sentence in the email really stood out:

A couple of months later, I was offered a formal book deal. In December, 2011, my book on becoming a franchise owner was published. It’s done very well, since. (Scroll up to see it)

So, now you know more about me. What do you think? Do I seem like the kind of guy who may be able to help you become your own boss through franchise ownership?

Would you like to know how I can help you, specifically?

I offer Private Franchise Consultations. Learn more about them here.

You already know about my hardcover book. My other franchise ownership products are featured here.

The Franchise King Blog features 1500+ articles on how to own a franchise. You should read a few of them.

My Free VIP Franchise Newsletter arrives in over 5,000 email inboxes just about every week. Subscribe Now!